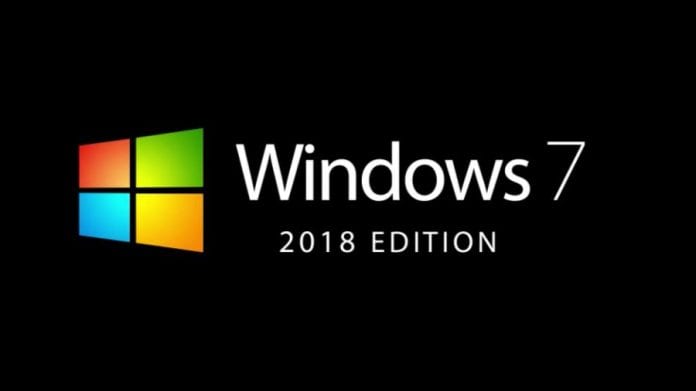 Although Microsoft launched its current operating system (OS), Windows 10 almost three years ago, Windows 7 still remains one of the world’s most popular desktop operating system. Currently, the software is running on extended support by Microsoft and is only receiving major bug fixes and security updates. Microsoft is set to officially end its support to Windows 7 on January 14, 2020.

While Microsoft has been promoting Windows 10 as the OS that offers maximum security, an easy upgrade path and a wide range of enterprise security features, Windows 7 still has many loyalists who swear by it for its ease to use and look despite it being almost 10 years old.

One such Microsoftie is Kamer Kaan Avdan, an enterprising UI designer and a YouTuber, who has put a short video mockup of what a 2018 version of Windows 7 might look like today. With complete modern features and the new Fluent Design System, Windows 7 looks impressive in the below concept video.

As one can see in the above video, the concept titled “Windows 7 – 2018 Edition” reimagines the old classic operating system by beautifully adding various Fluent Design elements such as light and transparency to it. The concept brings dark mode and dynamic wallpapers which change based on the day and night time zone. The OS also gets a modern makeover with the Acrylic style. Also, some features that appear in Windows 10 such as the Action Center and Cortona can be noticed in this concept video.

Windows 7 which was released in 2009, saw it crossing the 100 million licensed installations mark within six months of its release. By 2012, the numbers increased to 630 million. Although Windows 10 was launched in the year 2015, it was able to surpass the global desktop user market share only in January this year. Windows 7 continues to remain the second preferred OS after Windows 10, with it being dominant in Asian and African countries.

Do let us know what you think of this re-imagining of Windows 7 in the comments below.