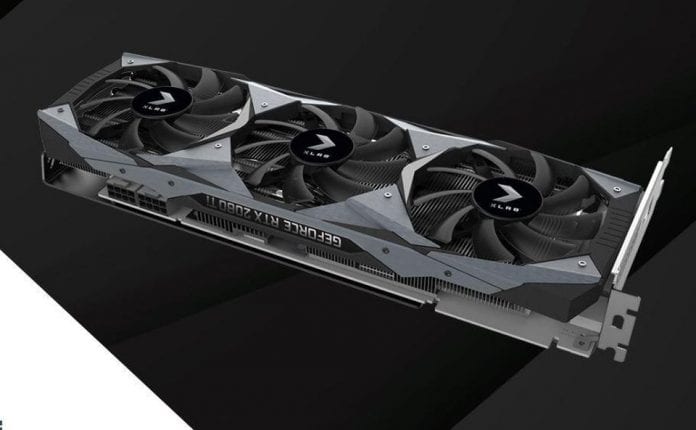 Nvidia, the name is enough for gamers. This Company has a dominance over the graphics card industry from past few decades and the reason is their high-quality graphics card. It has also been a quite while since major graphics card launch.

But looks like the wait is over now. We’re less than 48 hours away from NVIDIA’s big GeForce 20 series launch event at Gamescom. Soon Nvidia will be launching its next-generation graphics card.

Just before the official launch, folks at VideoCardz have revealed some information regarding the upcoming beasts RTX 2080 and 2080 Ti (Nvidia Graphics Card).

One very interesting piece of gossip that has also come out is that the RTX 2070 will in fact feature 8GB of GDDR6 memory, rather than 7GB as was previously believed. This was claimed by two separate sources according to videocardz.

Now What makes the RTX 2080 Ti different? it will have a GDDR6 memory that is clocked at 14Gbps, which should increase the maximum bandwidth. The upcoming card will also have 4,352 CUDA cores.

The GeForce RTX 2070 is set to launch sometime in September, following the debut of the RTX 2080 Ti and RTX 2080 next Monday, at an estimated suggested price of ~$400.The card is said to slightly outperform NVIDIA’s current GeForce GTX 1080 by roughly 8%, but not quite match the GTX 1080 Ti.