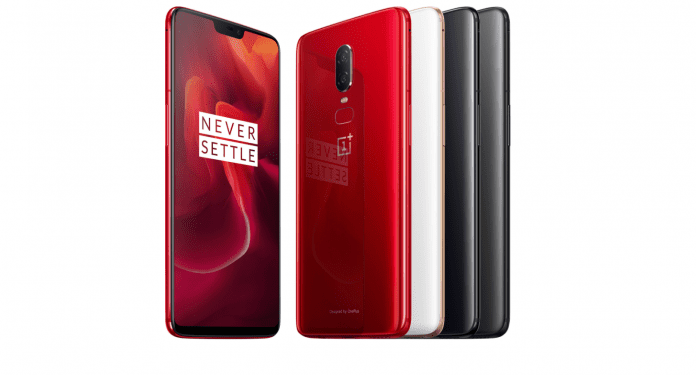 In May this year OnePlus released its “flagship killer” OnePlus 6 that offers power, style, and up-to-date features. Now, a new report from CNET reveals that the Chinese smartphone company, is likely to launch its next-generation flagship, OnePlus 6T, tentatively set for a price of $550 in October.

Citing people “familiar with the launch plans”, CNET said that OnePlus is reportedly working on OnePlus 6’s predecessor – OnePlus 6T – and is set to offer a specific, optimized version of the OnePlus 6T for T-Mobile network in the U.S., including the new 600 MHz band of spectrum.

Apparently, OnePlus has signed an exclusive deal with US carrier T-Mobile, which means OnePlus 6T will the first smartphone from the Chinese company to be sold by a U.S. based network carrier. Also, the company will sell its standard unlocked global version that can run on AT&T as well as networks overseas.

Currently, OnePlus is going through the process of getting “technical approval” for use on the network from the carrier. This could potentially delay the launch in the US and maybe around the world.

Specs and Features of OnePlus 6T-

Like its predecessor, the OnePlus 6, the OnePlus 6T too will probably run on Qualcomm Snapdragon 845 chipset. Unfortunately, not much information about OnePlus 6T’s specifications and features are available. It is rumored that the “T” variant is likely to be a minor upgrade and may look similar to the upcoming Oppo R17.

OnePlus follows a half-yearly cycle for launching smartphones, which means we could very soon get to hear more about the OnePlus 6T model. Keep watching this space for more updates, as this is a developing story.