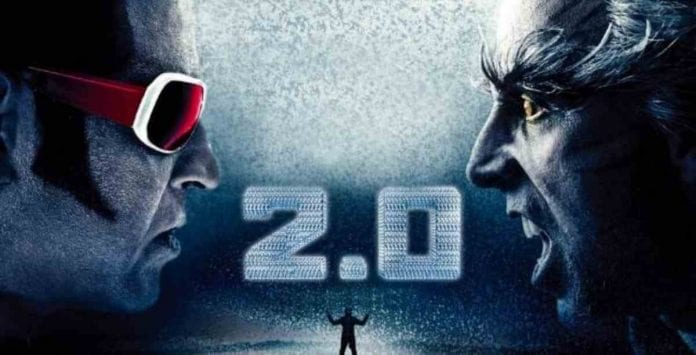 2.0 Movie: Madras High Court orders blocking of over 12,000+ websites to prevent piracy of the most expensive movie made in India

In the age of piracy, viewers nowadays are able to watch a new movie online or download it at the comfort of their home even before it is released in theatres.

While more and more countries are looking to adopt the site-blocking movement to stop piracy, some critics claim the process is too aggressive and can lead to collateral damage, reports TorrentFreak.

In a move to stop piracy, Madras High Court in India on Wednesday ordered 37 ISPs (internet service providers) across the country to stop torrent downloads of the sci-fi movie ‘2.0’ through 12,564 possible URLs (uniform resource locators) ahead of its release on Friday, 29 November 2018.

The pre-emptive interim order that was passed by Justice M Sundar on a civil suit filed by the producer of the film, Lyca Productions Private Limited, is being considered as one of the most aggressive site-blocking orders granted anywhere in the world.

Lyca’s counsel Vijayan Subramanian had produced a list of 12,564 illegal websites that were a threat to online piracy and asked the court to block them.

The producers and counsel, in particular, asked the Madras HC to prevent infamous movie website, TamilRockers from releasing the pirated version of the movie online.

Apparently, the list of illegal websites includes 2,000 websites that operated by TamilRockers, who is known for uploading pirated versions of various movies on the day of its release. The counsel sought an injunction against all such websites.

According to them, when the TamilRockers website is blocked, it immediately creates mirror websites by modifying a non-significant part of the Uniform Resource Locator (URL) or any other extension, which allows them to restore the copyrighted material with minimal effort.

Despite the order, 2.0 movie was leaked on the Internet within hours of its release yesterday by TamilRockers and was available for download. Several fans took to Twitter to report about the leak and urged the producers to take action.

Following the leak, producers of the movie took to Twitter urging audiences to not ‘spoil the experience’ considering the hard work, time, money and manpower that went into creating the ‘visual spectacle’. They also advised their fans to say ‘no to piracy’ and send all pirated links to [email protected] to ‘help Tamil cinema shine’.

Hardwork of 4 yrs, crores of money, efforts of 1000s of technicians – all to give you a visual spectacle you can watch, love and enjoy in THEATRES!
Do not spoil the experience. SAY NO TO PIRACY! Send all pirated links to [email protected] & help Tamil cinema shine!#2Point0

Apparently, the website links or URLs have been blocked. The link of the pirated version of ‘2.0’ movie that was circulating on Twitter now shows ‘Web page blocked’.

The movie 2.0, which is one of the most expensive films made in India so far, has been made on a budget of Rs 543 crores.

The film stars southern megastar Rajinikanth, Akshay Kumar, and Amy Jackson and is directed by S Shankar. The movie has been released in around 14 languages, including Mandarin in China.