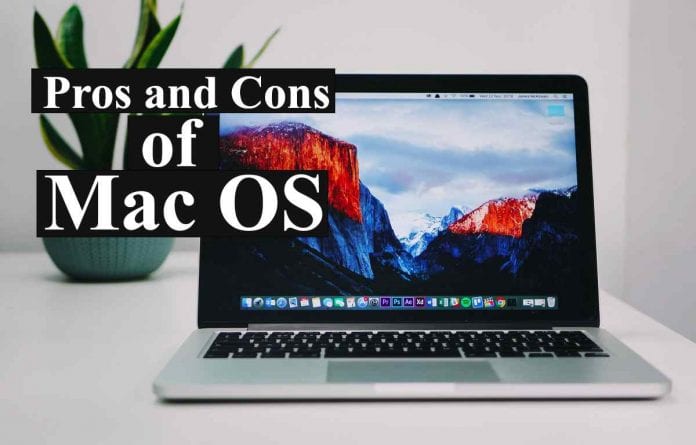 “Apple” the most valuable brand in the world produces some of the best Hardware & Software products and Mac OS is just one of them.

If you don’t know what is it? then you came at right place because here, in this article, we are providing you with everything you need to know about MacOs.

Also Read – MacOS vs Windows vs Linux: Which one is better?

What is Mac Os?

It’s a UNIX based operating system by Apple, exclusively for MacBooks and iMacs.

In the market of Desktops, Laptops, and Home Computers it’s the second most widely used desktop OS after Windows.

After the departure of Steve Jobs from Apple, the company suffered a huge loss and board of directors at Apple decided to bring Steve back from NEXT and lead the company on an interim basis.

At WWDC (World Wide Developer’s Conference) when Steve announced that developers really want a modern version of the Mac OS, and Apple is going to deliver it, then he got a huge round of applause from the audience.

This really made Steve and his team work harder on Mac Os and soon they proved that Apple really has a potential.

And till now Mac OS is improving with every new release.

Many of you might have heard that Mac Os is more secure than windows. But that’s not true.

The market share of Mac is less than 10% which results in less malware and spyware attacks.

Actually, the main reason behind this is iMac and Macbook.

These two products running on Mac OS which is a bit expensive as compared to windows. So this automatically results in less damage.

2. Mac is built for Artists

Mac Os comes with lots of built-in creative and useful tools as compared to Windows.

For example, iMovie and final cut pro increases the experience of video editing.

But that doesn’t mean that windows are bad.

You can separately download the third party software such as Adobe Premiere or Adobe After effects for a better experience.

Doing this on windows PC will save you lots of hard earned money.

The cost of materials used in making iMac and MacBook is also very high.

As a result, a user ends up with a high-quality product with maximum durability in terms of both hardware and software.

Apple also spends billions of dollars in R&D (Research and Development) which however included in the cost of the product.

4. Hard to learn and Use

This is the most denied myth by any Mac user because Mac OS feels much more easy to learn and operate as compared with any other Operating System.

It has a very user-friendly user interface.

And also draws everyone’s attention as it is perfectly stacked and organized as compared with windows.

5. No need of Antiviruses for Mac

But it doesn’t mean that you don’t need to install any antiviruses on it.

Don’t be fooled by fewer attacks.

As we always hear in the news that some malware attacked on Mac OS. So It’s better to be equipped with safety.

Pros and Cons of Mac Os

Following are some of the Pros (Advantages) and Cons (Disadvantages) of Mac OS.

It allows you to install windows, Linux or any other operating system in addition to OS X.

Setting up the boot camp in OS X is also very easy.

And switching between them is even easier now.

2. Works seamlessly with other Apple devices

As every Apple device is made by Apple itself so the hardware and software are fully controlled by them.

It means they share the same internal working mechanism.

Which implies that the iMessage on iPhone works as smooth as on a MacBook or iMac.

This seamless integration of devices ultimately delivers the best user experience and satisfaction.

As we mentioned earlier Apple has only 10% of market share in the desktop OS, which results in fewer attacks.

The amount of Mac users are fairly less as compared to windows.

So this doesn’t make any sense for hackers to attack Mac OS users.

Almost every windows PC comes with some kind of Bloatware (Pre-installed software) which slows down the PC over time.

But Macbook and iMac makes you free from this worry.

It doesn’t mean that they don’t come with Pre-installed software.

Mac computers have pre-installed software, but only from Apple and they don’t slow down your system as well.

The biggest advantage of Macbook and iMac is that they are sleek as compared to their competition.

This makes the use of Mac OS more enjoyable.

As a matter of fact, the First MacBook air was the slimmest laptop in the world at that time.

And iMac still continues to be the slimmest desktop version.

6. Mac can read NTFS or FAT

You need to install third-party program for that in windows.

They have the highest customer satisfaction mark all around the globe.

The staff on stores are well trained and if you got your device damaged they make sure that they provide you with the best possible solution.

The biggest disadvantage of Mac OS or we should say MacBook and iMac is that Apple offers very limited variants of them.

Means you need to spend the decided amount by them, only then you can purchase their product otherwise not.

This makes windows a go-to option for those who are looking for some affordable PC or Laptop because of a wide variety of choice.

This thing restricts the buyer from purchasing Apple Mac Product.

Another major disadvantage of Mac OS powered products is that they are non-upgradable.

Means you can’t increase the amount of RAM, change processor or motherboard, basically, you can’t customize it according to you.

Once you received it, you have to adjust on what you purchased.

Many people believe that you can’t play high-end games on Macbook and iMac which is somehow true.

Both of these products are not made for gaming.

They have a very less amount of Graphics Memory which is not enough for Best gaming performance.

So you have to give up on this.

As it is not as popular as Windows PCs.

The MacBook and iMac have to suffer from fewer accessories.

This also effects on what could be the potential buyers of Mac.

Due to fewer sales, the MacBook and iMac people have a very small community as compared to windows users.

Which means you won’t enjoy the support as much you could on Windows PC.

So this was all regarding What is Mac Os? their Pros and Cons and Explanation. If you find it useful then do let us know in the comment section below, we would love to hear that.