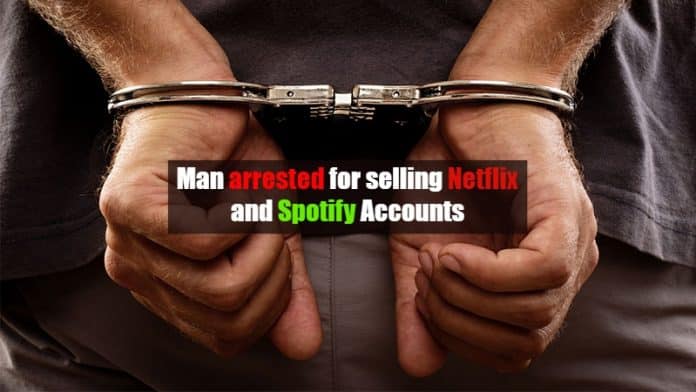 A 21-year-old Sydney man was arrested on Tuesday and charged for allegedly making an estimated AUD $300,000 ($211,000) by selling online subscription service login details stolen from Australian customers, and others around the world, reports CNET.

The international cybercrime investigation was jointly carried out by the Australian Federal Police (AFP) and the Federal Bureau of Investigation (FBI). In May 2018, the FBI had forwarded information about an account generator website called WickedGen.com to the AFP.

The man arrested is allegedly behind the website WickedGen.com, which operated for approximately two years by selling stolen Netflix, Spotify and Hulu logins from almost 1 million accounts. The website boasted of having over 120,000 users, according to a police statement.

“The account details were obtained through credential stuffing, which sees a list of previously stolen or leaked usernames, email addresses, and corresponding passwords re-used and sold for unauthorized access,” the statement read. “The accounts details were from unknowing victims in Australia and internationally, including the United States.”

Acting Commander Chris Goldsmid, AFP Manager of Cyber Crime said international relationships were integral to the resolution of this investigation.

“This arrest is another example of the value and importance of our relationship with the FBI. These partnerships – both internationally and domestically – are critical in law enforcement being able to respond to rapidly-evolving and increasingly global crime types.

“Individuals in Australia have had their personal data stolen for the sake of individual greed. These types of offenses can often be a precursor to more insidious forms of data theft and manipulation, which can have greater consequences for the victims involved.

“We are working closely with the affected companies and thank them for their cooperation with investigations to date.”

The arrested Australian man has been charged with offenses relating to the alleged use of false identities and cybercrime.