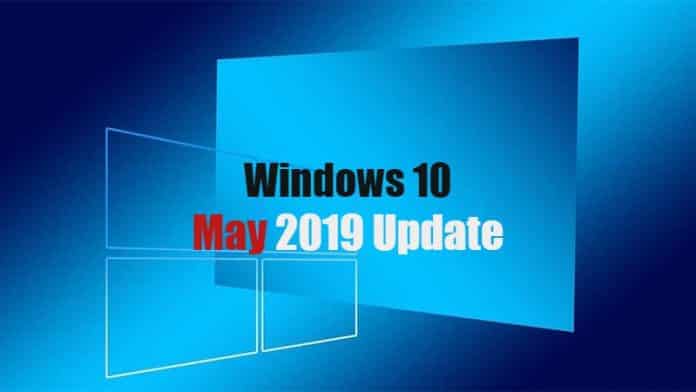 The Windows 10 May 2019 Update introduces a Windows Sandbox feature, a new light theme for Windows 10, Kaomoji support, improved Focus Assist, and the separation of Cortana and Windows search. However, the update still has Neowin in total, with three listed as ‘investigating’ and nine listed as ‘mitigated’ and with no issues listed as resolved.

Given below are issues that are listed as ‘investigating’:

Further, given below are the issues that are listed as ‘mitigated’:

Microsoft will start the servicing period for Windows 10 version 1903 in the “Semi-Annual” channel at least once a month for 18 months.

Those who are interested in downloading the Windows 10 May 2019 Update (version 1903) can do by manually selecting “Check for updates” via Windows Update. Go to Settings > Update & Security > Windows Update and select “Check for updates”. If you are able to view the “Download and install now option”, it means that the Windows 10 May 2019 Update process is available for your device. If you are unable to see that option, it means you will need to wait until the update rolls out for your device.

Also, note that Microsoft now allows you to choose when to download and install the Windows 10 May 2019 Update, instead of forcing the upgrade automatically like the previous ones.