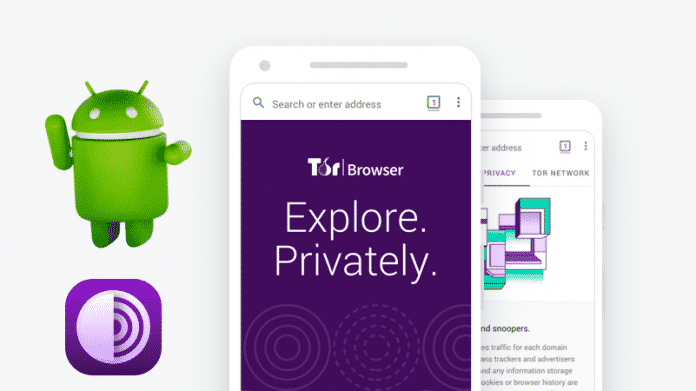 Yesterday, the Tor Project released the stable version of Tor Browser for Android on Google’s Play Store, which is now available as a free download.

For those unaware, Tor is a network technology that preserves users’ privacy by concealing their identity and location by bouncing web traffic randomly through a far-flung network of servers. (Tor – an acronym of “The Onion Router” – adds layers of anonymity to traffic that are difficult to be traced.) The Tor code is open-source and its servers are operated by volunteers.

The Tor team, which had released the first alpha version of Tor Browser 8.5 for Android in September 2018 is looking to offer mobile users the same level of secure browsing experience and privacy as the desktop users enjoy.

“Tor Browser 8.5 is the first stable release for Android. Since we released the first alpha version in September, we’ve been hard at work making sure we can provide the protections users are already enjoying on desktop to the Android platform. Mobile browsing is increasing around the world, and in some parts, it is commonly the only way people access the internet. In these same areas, there is often heavy surveillance and censorship online, so we made it a priority to reach these users,” the Tor Project wrote in Tor Browser 8.5 press release.

“We made sure there are no proxy bypasses, that first-party isolation is enabled to protect you from cross-site tracking, and that most of the fingerprinting defenses are working. While there are still feature gaps between the desktop and Android Tor Browser, we are confident that Tor Browser for Android provides essentially the same protections that can be found on desktop platforms.

“Thanks to everyone working on getting our mobile experience into shape,” the Tor Project added.

This version comes with a revamped slider accessibility for Tor Browser users, especially for those with sensitive security needs. Further, the user interface is similar to that of Firefox’s Photon UI and also has redesigned logos across all the platforms to provide the same look and feel and improve accessibility.

The team further shared that they are unable to bring an official version of Tor Browser for iOS due to restrictions by Apple. They instead recommend users to use the Onion Browser app developed by Mike Tigas and the Guardian Project for the iOS platform.