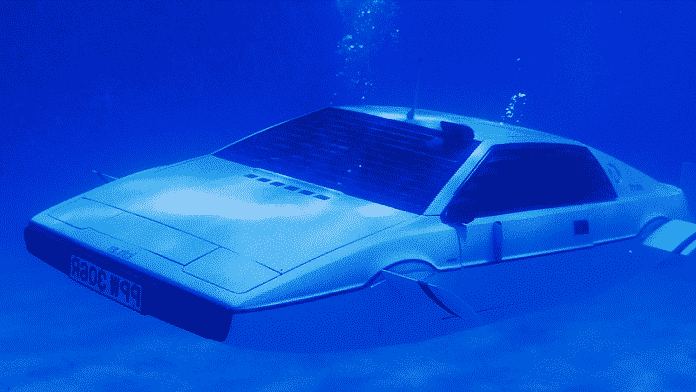 Tesla CEO Elon Musk during an annual shareholder meeting on Tuesday (June 11) in Mountain View, California said that the company has a submarine car design ready that is similar to the Lotus Esprit featured in James Bond film “The Spy Who Loved Me.”

Musk mentioned the design when he was questioned whether the company would ever look to develop an aquatic car. “It’s funny you should mention that. We do actually have a design for a submarine car, like the one from ‘The Spy Who Loved Me‘ – the Lotus turns into a sub,” he said.

Musk was referencing the 1977 James Bond film starring Roger Moore in which the 1976 Lotus Esprit turned into an amphibious car and was driven on land and underwater.

“Can you swim?” Roger Moore asks before driving the Lotus off a pier and landing it in the ocean.

“I thought that was like the coolest thing I have seen in a movie,” Musk said, adding that he also owns this car from the film that he reportedly bought at an auction in London in 2013 for around $997,000.

“It was amazing as a little kid in South Africa to watch James Bond in ‘The Spy Who Loved Me’ drive his Lotus Esprit off a pier, press a button and have it transform into a submarine underwater,” he had said in a statement in 2013.

However, Musk expressed his disappointment when he found out that the car did not convert into a submarine car.

“I was disappointed to learn that it can’t actually transform,” Musk told shareholders. “What I’m going to do is upgrade [my own Lotus] with a Tesla electric powertrain and try to make it transform for real.”

While Musk confirmed that it is ‘technically possible’ to make a working version, but added that it would be difficult to do so. He also acknowledged that the market for an amphibious Tesla would be small.

“If you make it a bit bigger, then you can actually have a submarine car. It’s technically possible. I think the market for this will be small. Small but enthusiastic,” he said.

“But we actually do have a design for a submarine car. It would be difficult — It would be a bit of a distraction, I think. But maybe we’ll make one as a show car at some point, it would be really fun.”

You can watch the complete video of the annual shareholders meeting below: