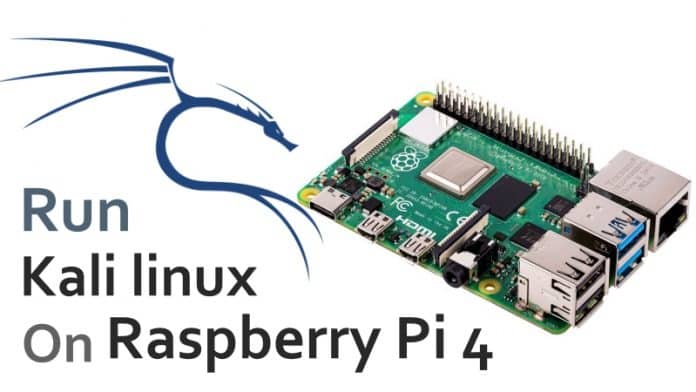 Raspberry Pi 4 gets its own version of Kali Linux

Offensive Security has officially released Kali Linux for Raspberry Pi 4, the most powerful version of the mini-computer that was launched on June 24th.

Also read- How To Run Kali Linux On An Android Smartphone

According to Offensive Security, the latest build of Kali Linux takes advantage of everything the Pi 4 has to offer. Kali Linux for Raspberry Pi 4 will benefit from Kali Linux support complete with on-board Wi-Fi monitor mode and frame injection support.

In case anyone missed it, Kali on the Raspberry Pi 4 dropped today: https://t.co/vMtyDv37xu

As far as specifications of Raspberry Pi 4 is concerned, it comes with a more powerful CPU along with a 1.5GHz quad-core 64-bit ARM Cortex-A72 CPU (~3× performance). It is available in 1GB, 2GB, or 4 GB of LPDDR4 SDRAM and supports two monitors at resolutions up to 4K.

Currently, Kali Linux for Raspberry Pi 4 is only available in a 32-bit variant, but a 64-bit version is expected to be available sometime “in the near future” says Offensive Security.

You can download Kali Linux for the Raspberry Pi 4 on the Kali ARM download page. The installation process of Kali Linux ARM architecture on Pi4 is similar to that of Pi2. Those who do not know how to set it up, can follow the instructions here to get started.