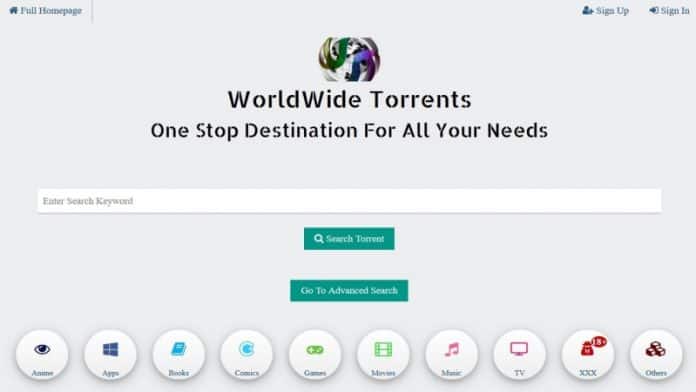 Worldwide Torrents Suffers More Than One Week Of Downtime

Worldwide Torrents, one of the world’s most popular and biggest torrent website is down once again, but this time it is suffering from extended downtime with no official update from the operator, reports TorrentFreak.

For those unaware, Worldwide Torrents (WWT) launched around three years ago after the shutdown of KickassTorrents (KAT), has a dedicated following and an active community, which include users and uploaders of KAT and even ExtraTorrent.

While it’s common for websites to suffer downtime for a few hours or days or taken down for the upkeep of the site, the disappearance of Worldwide Torrents for over a week now has left many users uneasy.

Users who have been visiting the WorldwideTorrents.to domain name are being greeted with a Cloudflare 522 error code instead of the usual search box.

The problem began in mid-June when WWT went offline for the first time. However, it returned temporarily roughly after two weeks. But the downtime has continued for over the past week.

TorrentFreak who contacted the operator of the site to know the status hasn’t yet received a reply.

Nemesis43, a prolific uploader of comic books at WWT, told TorrentFreak that personal issues of the site operator could likely be the reason behind the downtime of the website. In the meantime, Nemesis43 has started transferring all of its uploads to ETTV as a temporary solution. However, given the downtime, the uploader believes that this could probably become a permanent answer.

The WWT website had suffered a similar downtime last summer, where it had disappeared for several weeks without an official update only to return after switching to a new hosting provider.

Currently, it is not known if WWT will return or not.