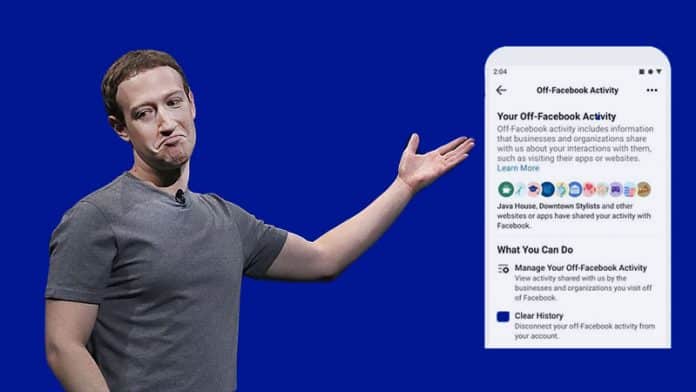 Facebook who is often criticized for violating user’s privacy on Tuesday finally rolled out its long-awaited privacy tool that allows its users to see and control all the data that third-party apps and websites share with the social media giant.

“Many apps and websites are free because they’re supported by online advertising. And to reach people who are more likely to care about what they are selling, businesses often share data about people’s interactions on their websites with ad platforms and other services,” Facebook’s Erin Egan, Chief Privacy Officer, Policy, and David Baser, Director of Product Management said in a blog post.

“This is how much of the internet works, but given that the average person with a smartphone has more than 80 apps and uses about 40 of them every month, it can be really difficult for people to keep track of who has information about them and what it’s used for.

“To help shed more light on these practices that are common yet not always well understood, today we’re introducing a new way to view and control your off-Facebook activity.”

The new update called as “Off-Facebook Activity” allows users to see a summary of the information other apps and websites have sent Facebook for ad-targeting since most of the target adverts come from data send by these third-party apps that use Facebook login as an authentication method.

The tool allows users to disconnect this information from their account if they wish to. They can also prevent any future data from being used either in its entirety or just for specific apps and websites.

The social network said once the activity has been cleared, they wouldn’t know which websites users have visited or what they did there, and it won’t use any of the disconnected to target ads to the users on Facebook, Instagram or Messenger. However, Facebook will still continue to collect data of user’s off-Facebook activities even if the tracking is turned off. It will simply disconnect those activities from the user’s Facebook profile.

The move “could have some impact on our business”, Facebook said considering that it earns revenue from advertisements and the tools offered to advertisers to target potential customers. However, it added that it believed giving people control over their data is more important.

Facebook will be releasing the tool first in Ireland, South Korea, and Spain and would later make it available to users across the globe “in the coming months”.