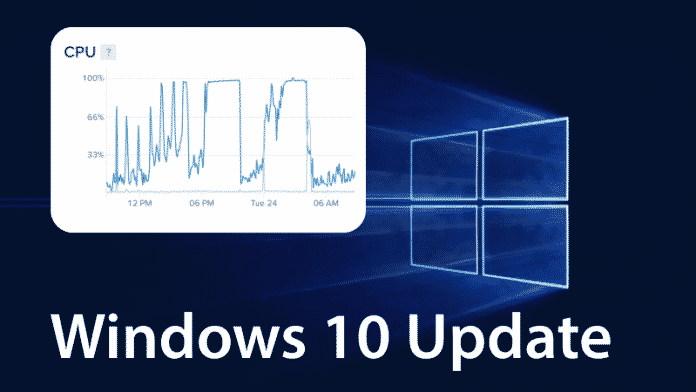 Microsoft had recently released the KB4512941 update for Windows 10 that fixes numerous issues affecting Remote Desktop, Windows Sandbox and other aspects of Windows 10. However, after installing the optional cumulative update, several Windows 10 1903 users complained of CPU usage spikes and a decrease in computer performance.

The culprit in question is SearchUI.exe process, part of Cortana – Microsoft’s voice assistant present on all Windows PCs, that is taking 30-40% of CPU usage and even using system memory when not in use, reported users on Microsoft’s Feedback Hub and Reddit (1, 2).

Apparently, Microsoft has released a faulty version of Cortana in the Windows 10 update, which besides using high CPU resources also does not show the search functionality in the Taskbar.

Also read- How To Disable Cortana In Windows 10

“After installing KB4512941 (OS Build 18362.329) the pop-out window with the search results stays blank, SearchUI.exe is constantly using CPU and ~200MB of memory,” a user stated the problem on Feedback Hub.

While another user complained, “Cortana is consistently running above 35% CPU usage and 150 MB memory as reported by Task Manager, for at least one day now. Despite this fact, using the Search button next to the Start Menu pops up a dialog that will not display any items upon entering any search query, even after waiting for several minutes.”

With several users taking to Internet forums to share their problems, a Reddit user suggested a solution on how to deal with the issue.

“Supposedly if you disable Cortana via registry or group policy this will happen. I wanted to leave Cortana disabled so I just renamed the Cortana folder,” the user said.

“In Task Manager, right-click the task and select open file location, rename the Cortana folder and press enter. You will get an error because Cortana is still running, you need to end the task and then quickly press the Try again button for the rename before the task restarts.

“Note that this doesn’t fix search, it just stops the high CPU load.”

Alternatively, those affected by the issue, can uninstall the KB4512941 update by following the below steps:

Microsoft is yet to acknowledge this problem, but with the increasing number of complaints, it is likely that the company is already looking into it.