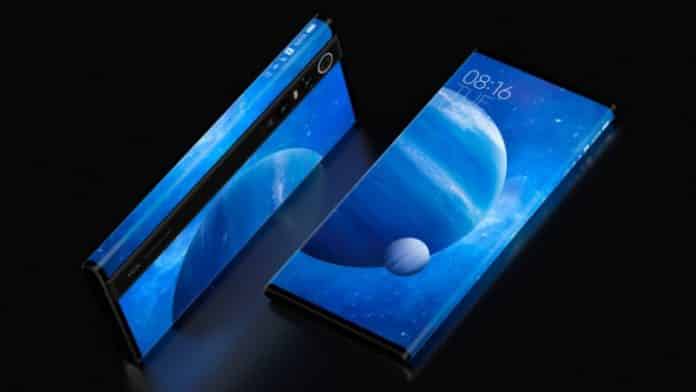 Xiaomi, one of China’s leading handset makers, after some teasing, finally unveiled their second-gen “concept” smartphone – the Mi MIX Alpha.

Taking the near-bezel-less phones on the market to the next level, the Mi MIX Alpha comes with a claimed screen-to-body ratio of 180.6%, which makes the so-called “surround screen” display wrap around the device and almost cover the entire body.

“To accommodate the nearly all-screen offering, Mi MIX Alpha has minimal bezels on the top and bottom, and ditches the physical side buttons altogether,” Xiaomi said in a statement. “A brand-new display acoustic technology replaces the traditional earpiece receiver and proximity sensor while the device’s sides are pressure-sensitive and leverage a linear motor to simulate the touch of real buttons.”

The Mi MIX Alpha is made up of almost entirely out of titanium alloy, sapphire glass, and ceramic. The smartphone is powered by Qualcomm’s top-level Snapdragon 855+ chipset, and comes with 12GB of RAM, 512GB of UFS 3.0 ultra-fast storage, an in-display fingerprint sensor, and a 4,050mAh nano silicon cathode battery that supports 40W wired fast-charging.

Coming to optics, Mi MIX Alpha is the company’s first smartphone to use a 108MP Samsung HMX sensor. The smartphone comes with a triple rear camera setup that includes a 20MP wide-angle camera which supports macro photography, and a 12MP telephoto lens with 2x optical zoom and dual phase-detection focus.

On the connectivity front, the Mi MIX Alpha comes with 5G modem for advanced connectivity, Wi-Fi 802.11ac, Bluetooth 5.0, and GPS. Instead of physical buttons, the smartphone has pressure-sensitive edges that can be used to lock the phone and change the volume.

The Mi Mix Alpha will be up for sale in December for 19,999 CNY (roughly $2,814) but in limited quantities. It is unclear if the smartphone will be launched outside of China.