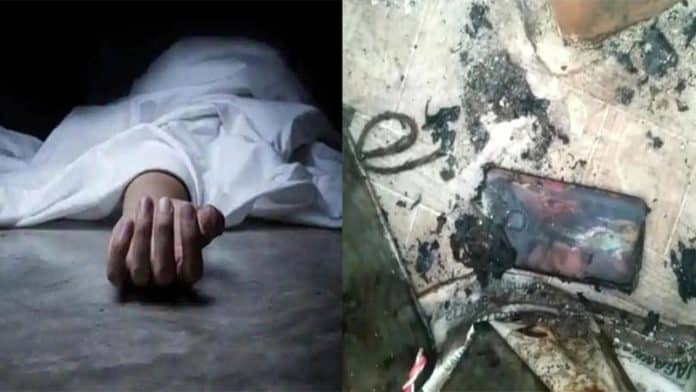 A young man in Odisha’s Jagatsinghpur district, unfortunately, lost his life after the mobile phone that he was charging exploded at night while he was asleep.

The deceased has been identified as Kuna Pradhan, a 22-year-old resident of Ranpur village of Nayagarh district in the state.

The incident came to light on Monday morning, when some laborers sleeping close-by saw smoke coming out of the victim’s room. On checking the room, they found Pradhan dead with his face and parts of body charred. Fortunately, the explosion did not cause any damage to the building or to any other things.

Chhaila Chandra Jena, President of Jagannath Truck Owners’ Association, said he rushed to the spot after getting information around 5 am and informed the police. The Jagatsinghpur police rushed to the site in the morning and sent the body to a hospital for post-mortem.

R Prakash, Jagatsinghpur district Superintendent of Police (SP) told the media, “We have sent the body for post-mortem and we are waiting for its report. We have registered a UD (Unnatural Death) case. We have also sent the scientific team on the spot. We will take action after the doctor’s report. Whether it was accidental or it was foul play can be clarified after the detailed report comes.”

Recently, we had reported a similar incident where a teenage schoolgirl from Kazakhstan died after her charging smartphone exploded on her pillow while she was asleep.

Lately, several instances of mobile phone explosions have come to light. To avoid such unfortunate incidents, it is very important to follow safety measures while charging smartphones, such as do not overcharge them, do not use them while charging, remove the charger from the socket once the phone is charged, and use a flat surface in a ventilated place for charging smartphones instead of bed or pillow to avoid catching fire.