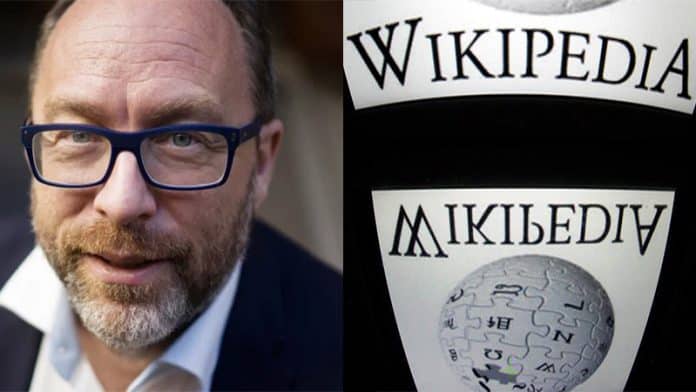 The new social networking website named WT: Social or WikiTribune launched on November 6 has now surpassed more than 200,000 members within days of its launch, claimed Wales.

Unlike its rival Facebook and Twitter that is data-driven by ad-funded models, the new site makes money by depending on “the generosity of individual donors” rather than ads.

Wales plans to use the “news focused” social network to retaliate against the “fake news and low-quality content” that proliferates across other social media platforms.

https://t.co/Uk7PUE8GV2 just passed 200,000 members while I was having dinner with @carolecadwalla, @iRowan , @chrisinsilico , @RanaForoohar , @jamiesusskind and others on the general topic of what's gone wrong with social media and the world in general.

“As social networks have grown, they’ve also amplified the voices of bad actors across the globe. Fake news has influenced global events, and algorithms care only about “engagement” and keeping people addicted to platforms without substance.

“WikiTribune wants to be different.

“We will never sell your data. Our platform survives on the generosity of individual donors to ensure privacy is protected and your social space is ad-free,” reads the introductory page to WT: Social.

“We will empower you to make your own choices about what content you are served, and to directly edit misleading headlines, or flag problem posts.

“We will foster an environment where bad actors are removed because it is right, not because it suddenly affects our bottom-line.

“But this will only work with your help. So join today and help change the landscape of social media,” the page adds.

While Wales doesn’t expect the social network to be profitable, he said it will be able to sustain. He added that the site will also be completely free from click baits.

For those unaware, WT:Social is actually a by-product of ‘WikiTribune.’ WikiTribune was launched on April 25, 2017 as a news-sharing service where volunteers can write and curate articles about widely publicized news by proofreading, fact-checking, suggesting possible changes, and adding sources from other established outlets. However, the venture didn’t work out as expected, pushing Wales to open a new platform with a more social networking focus.

WT:Social will let users share articles and promote a collaborative approach to generate high-quality journalism. The site will show new contents first unlike Facebook that prioritizes content that is sponsored or receiving a lot of engagement.

While WT:Social is free to join but currently there is a waiting list for new users. However, there is an option to skip the waiting list either by subscribing to the service or by inviting friends to create an account.