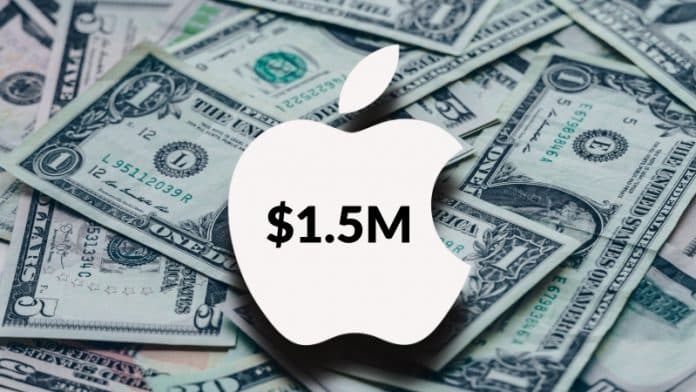 Apple has quietly opened up its bug bounty program to the public and is offering up to $1.5 million in payouts for severe vulnerabilities.

Previously, the program was invitation-based and only selected security researchers who were approved were allowed to take part in the program to find vulnerabilities in the iOS mobile operating system.

Now, Apple has expanded its security bounty program to accept vulnerability reports for the latest versions of iOS, iPadOS, macOS, tvOS, watchOS and iCloud with a standard configuration and, where relevant, on the latest publicly available hardware, according to an Apple Security Bounty page.

Apple officially published a new page on its website detailing the bug bounty program’s rules on Thursday, which includes eligibility for the program, payment breakdown and how developers should submit reports.

These eligibility rules are meant to protect customers until an update is available, ensure Apple can quickly verify reports and create necessary updates, and properly reward those doing original research. Researchers must:

Issues that are unknown to Apple and are unique to designated developer betas and public betas, including regressions, can result in a 50% bonus payment. Qualifying issues include:

Further, Apple’s bug bounty program will pay between $100,000 for low-priority vulnerabilities, such as “unauthorized access to iCloud account data on Apple Servers,” and $1 million for “zero-click kernel code execution with persistence and kernel PAC bypass.” However, the researchers will need to submit a full exploit chain to claim their reward.

In addition to the funds given to researchers, Apple will match donations of the bounty payments to qualifying charities listed at Benevity.

You can find more information about Apple’s bug bounty program on its dedicated website.

Earlier this year, Google announced it will pay upto $1.5 Million in bug bounty for remotely hacking Titan M Chip in its pixel smartphones.