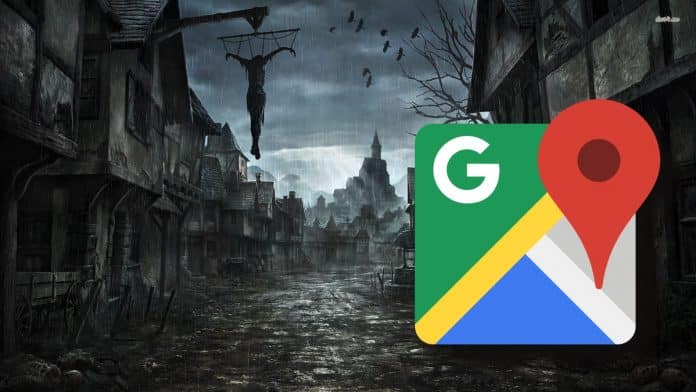 Google Maps, a web mapping service popularly used for route planning for traveling, is lately being used by people to catch the last glimpse of their deceased family member or friend, a trend that has gone viral on social media.

The trend started after a Twitter user Leslie Yajaira, from North Carolina, USA (@yajairalyb) shared a photograph of her deceased grandfather sitting outside his farm in Durango, Mexico, which was captured through Google Maps Street View cameras.

She also shared a video of her later grandfather sitting outside his farm, looking at the road.

“My grandpa passed away a few years ago,” @yajairalyb wrote on Twitter. “We didn’t get to say goodbye to him. Yesterday we found out google maps finally drove through his farm and as we were curious going through it, where the road ends, there is my grandpa, just sitting there.”

My grandpa passed away a few years ago. We didn’t get to say goodbye to him. Yesterday we found out google maps finally drove through his farm and as we were curious going through it, where the road ends, there is my grandpa, just sitting there. ? pic.twitter.com/CbwRTkCKrZ

Leslie told CNN that her sister was showing her the streets of her grandfather’s farm and after a few taps, they found their late grandfather sitting outside his home at the end of the road.

As soon as she shared her experience on Twitter, several people responded to it by sharing similar pictures and videos of their deceased loved ones in a heart-warming Twitter thread.

The post on Leslie’s Twitter handle has garnered more than 4 million views and has been liked over 4,00,000 times.

Same with my dad? about to be 3 years?? pic.twitter.com/zPkDFpPyv0

Same thing with my abuelo we can see him just relaxing outside our house in Mexico. Everytime I miss him especially during this time I always go back to it ?? pic.twitter.com/sHeOb9g7s2

my great abuelo passed away last month, exactly 1 year after my great abuela also left us. to see him here walking to our old house brings back so many childhood memories ?? pic.twitter.com/qfDIsDQoWT

Same with my grandma, walking my little sister home from the bus stop?? she passed Mother’s Day 2013 ?? pic.twitter.com/rKwiCRSu5m

my grandma passed away in 2014?? found this and it made my day. she was my rock? pic.twitter.com/qrj3R1CXqk

The thread is still going strong with hundreds of users uploading photos and sharing stories of their own.

Launched in 2007, Google Maps Street View is a technology that features in Google Maps and Google Earth and provides interactive panoramas from positions along many streets in the world. Google collects street images via a fleet of Street View cars.

In September last year, Google Maps had helped in solving a disappearance case of a man from Florida for more than 20 years.