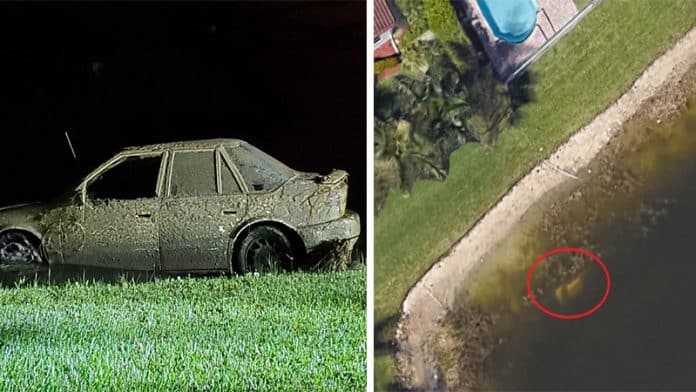 Google Maps, a web mapping service popularly used for route planning for travelling, has strangely solved a disappearance case of a man from Florida for more than 20 years.

Recently, Google Maps found a car inside a retention pond with a body of a man who went missing in 1997. The missing person in question was 40-year-old William Earl Moldt, who lived in Florida, U.S. and had disappeared since November 8, 1997.

To verify the claim, the current homeowner activated a personal drone to double-check what the previous resident had noticed. When the drone confirmed that the car was there, he immediately contacted Palm Beach County Sheriff’s Office.

The Sherriff’s office pulled out a white 1994 Saturn SL with Moldt’s skeleton inside from the retention pond.

“Upon arrival deputies confirmed there was a vehicle in the pond. The vehicle’s exterior was heavily calcified and was obviously in the water for a significant amount of time. Upon removing the vehicle, skeleton remains were found inside,” the Palm Beach County Sheriff’s Office said in a statement on Facebook.

“On September 10, 2019, the remains were positively identified as William Moldt, who was reported missing on November 8, 1997.”

“Amazingly, a vehicle had (been) plainly visible on a Google Earth satellite photo of the area since 2007, but apparently no one had noticed it until 2019, when a property surveyor saw the car while looking at Google Earth,” the Charley Project, a database that collects information about missing people, wrote in its profile of Moldt.

The investigators are still clueless as to what happened to Moldt, who went missing after visiting a nightclub 22 years ago. Moldt had called his girlfriend around 9:30 pm to tell her that he was on his way home but was never heard from again. He left the nightclub around 11 p.m. and did not appear intoxicated, according to the National Missing and Unidentified Persons System website.

If the authorities are to be believed, the reason behind Moldt’s disappearance would probably never be known.

“You can’t determine what happened that many years ago, what transpired,” a police spokesperson from the Palm Beach County Sheriff’s Office told the BBC. “All we know is that he went missing off the face of the Earth, and now he’s been discovered.”