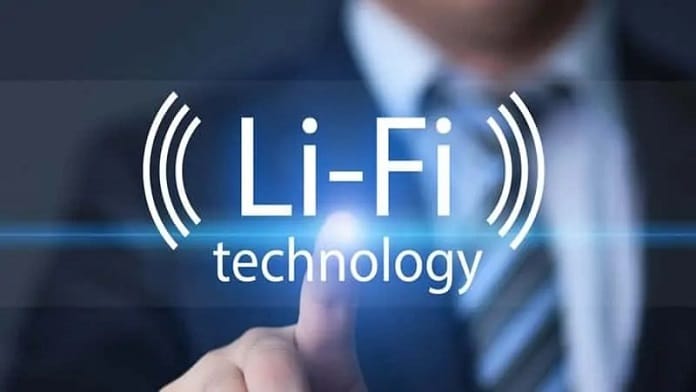 Thanks to the rapid advancements in technology, the data transfer speed using radio waves have improved drastically. We now have access to 5G capable smartphones that can send and receive data at unbelievable speeds.

Well, a company named SLD Laser showcased a demonstration of its latest version of laser Li-Fi at the 2020 Consumer Electronics Show (CES) in Las Vegas. During the demonstration, the company managed to transfer data at a speed of 20 GB/s. It is worth noting that, 5G wireless network can only offer data transfer speed of 1GB/s.

Unlike conventional Wi-Fi, the Li-Fi technology displayed by SLD Laser uses laser light instead of radio waves to transmit data at improved speeds.

Also Read- Can Li-Fi Actually Be Seen As A Practical Successor To Wi-Fi?

Harald Haas, chair of mobile communications at the University of Edinburgh and a member of the Ultra-Parallel Visible Light Communications Project stated that,

“The problem is that LEDs, although they are more energy-efficient than incandescent light, they still can be improved in terms of their light output,”

he further added that,

“We strongly believe the next wave of energy-efficient lighting will be based on laser diodes.”

SLD Laser wants to install routers on ceilings of rooms and use the LED light to laser data around the room at speed of up to 100 GB/S. As you might have guessed, 100 Gbps of data speeds are miles better than the fastest Wi-Fi in existence.

Li-Fi encodes data on the light coming from LEDs by modulating their output. The rapid flickering created by these LEDs is unnoticeable to the human eye. That said, a receiver on a desktop computer or mobile device can effortlessly read the signal.

Furthermore, this receiver can even send a signal back to a transceiver on the ceiling of a room, providing two-way communication.

100 Gbps of data transfer speed can come in handy in different fields like communications, medical, and space. If Li-Fi tech becomes mainstream it can enable autonomous cars to communicate with each other. Furthermore, Li-Fi tech can also help in operating robots from a long distance.