Since its advent in 2015, Windows 10 has been affected by countless problems and bugs. Sadly, the updates meant to fix the flaws in this operating system work the other way round. If you’ve had enough of Windows 10 and wish to switch to a different operating system, then the Linux-based Windows 12 Lite might impress you.

RELATED: South Korea To Switch From Windows 7 To Linux 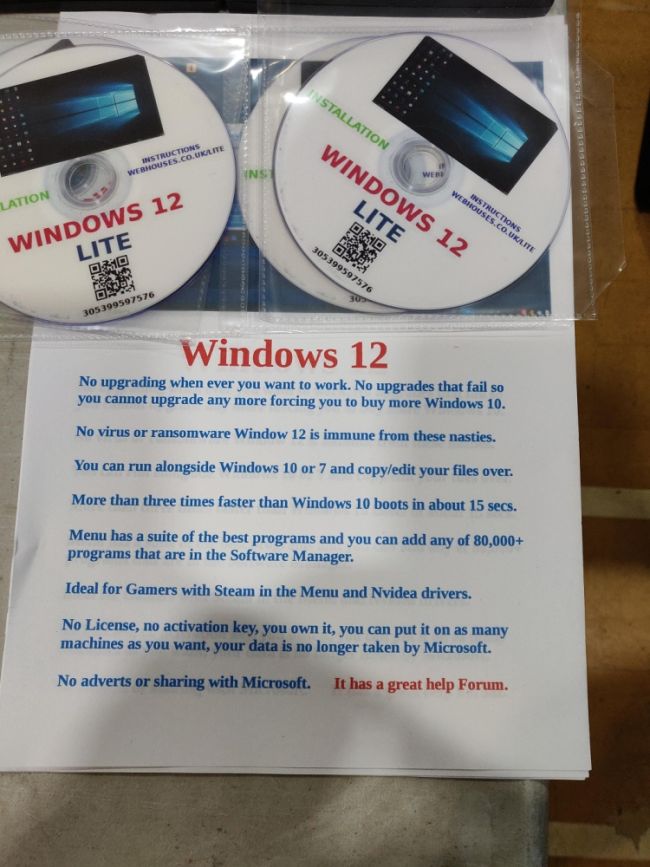 The photograph shared by the Redditor also included a detailed spec-sheet of this new operating system. This unofficial version of Windows is claimed to be more than three times faster than Windows 10. Furthermore, you can install and use Windows 12 Lite alongside Windows 10 or Windows 7.

Unlike Windows 10, Windows 12 doesn’t force users to update their PC during work. Lastly, there’s no need for a license or an activation key to use this operating system.

Everything mentioned in this spec-sheet might sound a bit sketchy. Well, guess what it is!

In reality, Windows 12 is a modified version of the Linux Lite 4.8 LTS distro made to look like Windows 10. The developer has used the default Windows 10 wallpaper coupled with custom icons to replicate the look and feel of Windows 10.

In addition to the physical store, the developers of Windows 12 Lite have also made a website to showcase the features of their operating system.

Should You Buy Linux-Based Windows 12?

No, we don’t advise our readers to purchase or use any unofficial third-party operating system. Presently, the discs of Linux-based Windows 12 are being sold for a price of £15 or roughly $20. You should never waste money to use free Linux distros like Linux Lite.

However, if you think that your PC has slowed down with Windows 10 or you are still rocking older hardware then we would advise you to switch to Linux for a flawless computing experience.