Apple on Wednesday unveiled two new updated versions of the iPad Pro that come equipped with breakthrough LiDAR Scanner to help bolster the company’s efforts in Augmented Reality (AR) along with a new Magic Keyboard with Trackpad.

“The new iPad Pro introduces advanced technologies never before available in mobile computing. Combining the most advanced mobile display with powerful performance, pro cameras, pro audio, the breakthrough LiDAR Scanner and new Magic Keyboard with Trackpad, this is another huge leap forward for iPad. There’s no other device in the world like the new iPad Pro and we think our customers are going to love it,” said Phil Schiller, Apple’s Senior Vice President of Worldwide Marketing.

“We’re making iPad even more capable and versatile by bringing trackpad support to iPadOS. We carefully considered the best way to integrate trackpad use into a touch-first environment while retaining everything our customers know and love about iPad. We’re thrilled to bring this new way of interacting with iPad to the millions of people using iPadOS today,” said Craig Federighi, Apple’s Senior Vice President of Software Engineering. 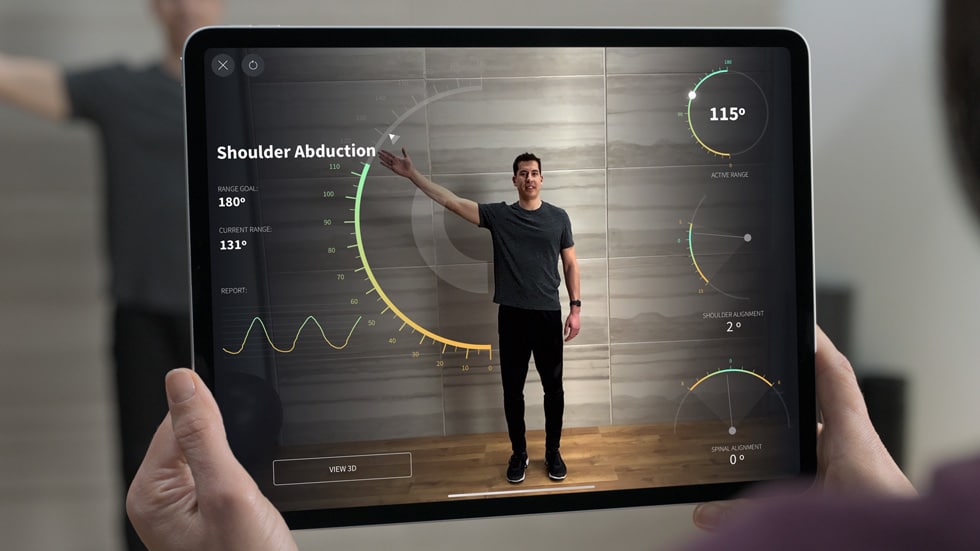 The main highlight of the new iPad Pro 2020 is the breakthrough LiDAR (Light Detection and Ranging) Scanner that will improve the support for professional photo and video apps. It can measure the distance to surrounding objects up to 5 metres away and works both indoors and outdoors, and operates at the photon level at nano-second speeds.

Using the latest update to ARKit with a new Scene Geometry API, developers can harness the power of the new LiDAR Scanner to unleash scenarios never before possible, while existing ARKit apps will automatically get instant AR placement, improved motion capture and people occlusion.

The new iPad Pro gets a performance boost with the new A12Z Bionic chipset. The eight-core GPU in the A12Z Bionic, along with an enhanced thermal architecture and tuned performance controllers, gives iPad Pro the highest performance ever in an iPad. 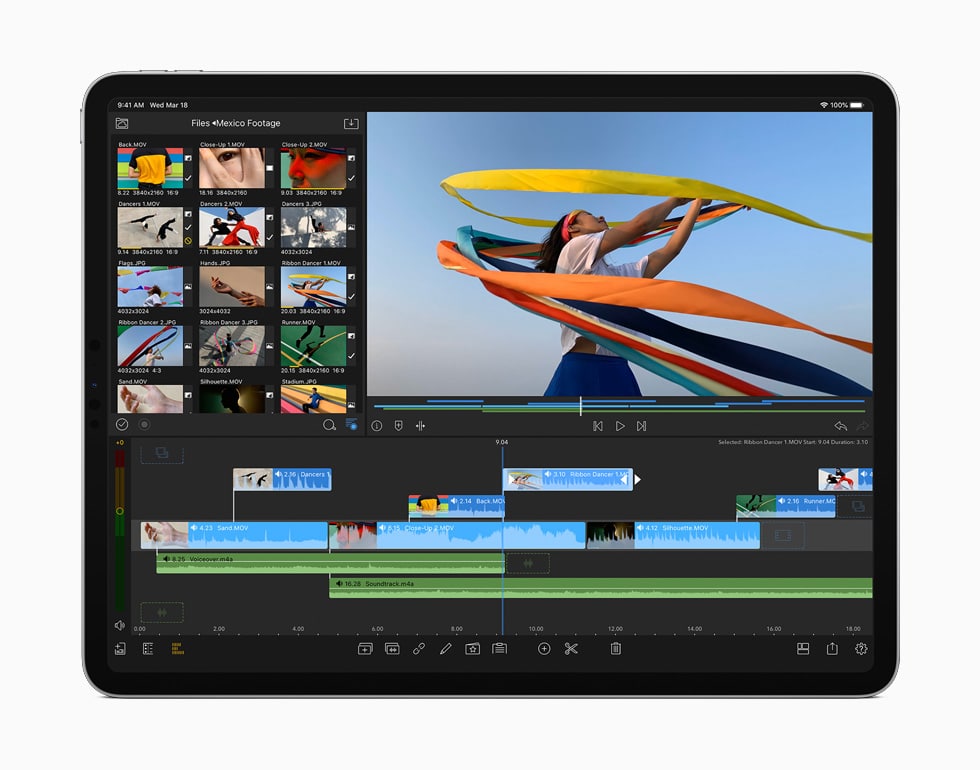 It also has support for the P3 colour gamut. Further, the beautiful Liquid Retina display with True Tone, high brightness and an anti-reflective coating delivers an incredible viewing experience. 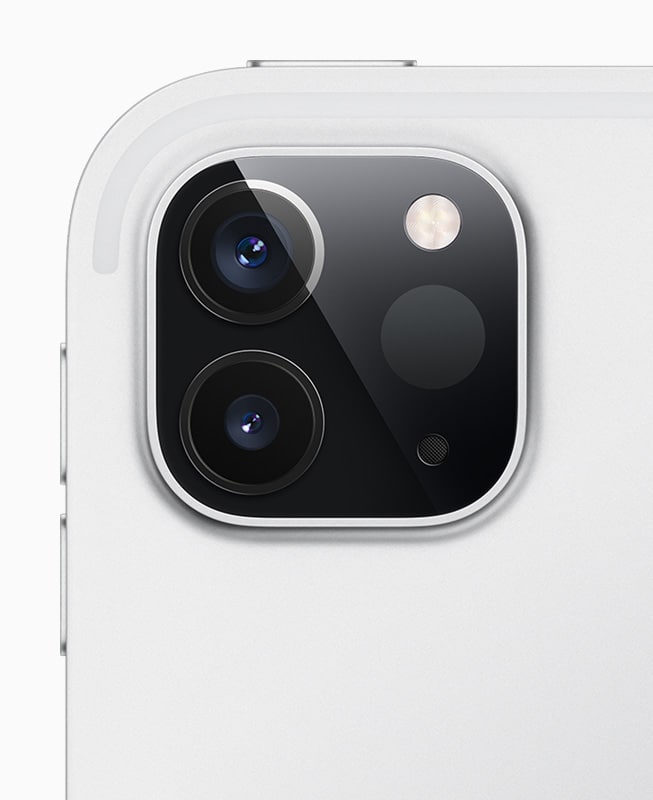 The new iPad Pro 2020 features a rear 12MP Wide camera for capturing magnificent photos and 4K video at up to 60 frames per second.

It also now includes a 10MP Ultra-Wide camera that zooms out two times to capture a much wider field of view. Additionally, it has a 7MP front-facing camera that can shoot up to 1080p video.

Besides having a battery life that can last up to 10 hours, Apple is promising faster 802.11ax Wi-Fi 6 and gigabit-class LTE connectivity with support for more LTE bands than any other tablet. However, there is no mention of 5G.

Apple is aiming the iPad Pro at creative pros including filmmakers, video professionals, podcasters and other content creators. It has added five studio-quality microphones for audio recording and four-speaker audio that automatically adjusts to any orientation, no matter how the device is held. 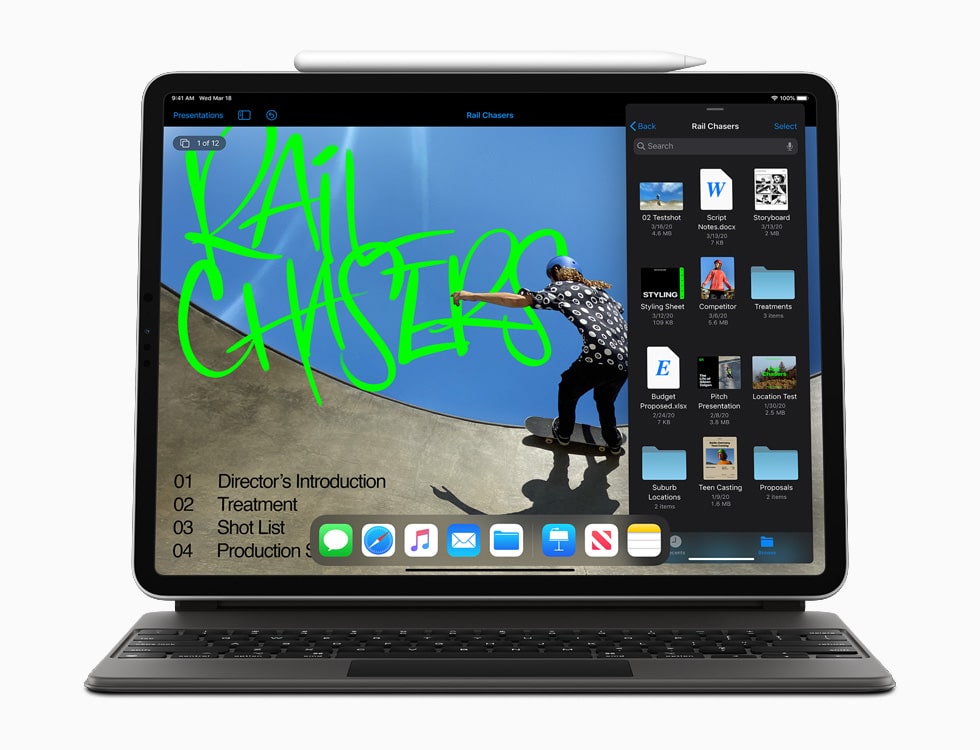 Apple claims the Magic Keyboard works equally well on a desk or in the lap, with a floating design, a backlit keyboard and trackpad, and unique cantilevered hinges that allow smooth adjustments of the viewing angle up to 130 degrees. The keyboard also features a USB-C pass-through charging as well.

The full-sized standalone Magic Keyboard will be a separate accessory costing $299 for the 11-inch iPad Pro and $349 for the 12.9-inch model and will go on sale in May this year.

The iPadOS version 13.4 brings support for a trackpad on the new Magic Keyboard. Apple is adding a more “natural typing experience” and precise editing with trackpad support in iPadOS.

According to Apple, it is a different experience from macOS, with the pointer transforming as you move your finger across the trackpad to highlight UI elements. Also, multi-touch gestures on the trackpad allow for easier and faster system navigation.

The new iPad Pro will ship in silver and space gray color variants. It’s base memory configuration is 128GB, and customers have the option to upgrade to the 256GB, 512GB and 1TB configurations.

The new iPad Pros are available to order on apple.com and in the Apple Store app in 30 countries and regions, including the US. iPad Pro will be available in stores starting next week.