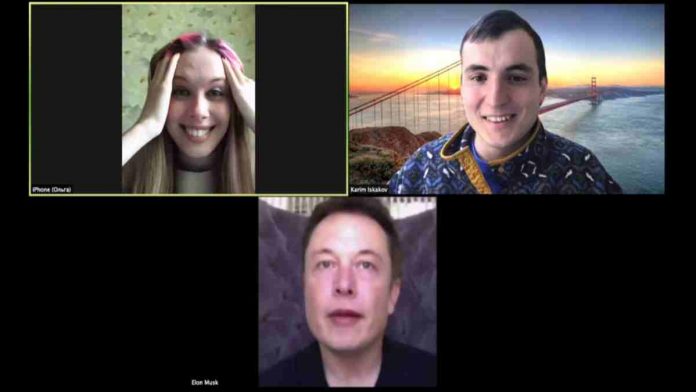 A researcher has developed a deepfake tool that can transform users into celebrities in real-time during video calls on Zoom and Skype, reports Motherboard.

Developed by Moscow-based engineer and programmer, Ali Aliev, this open-source deep fake tool called “Avatarify” uses an algorithm that can superimpose the face of a celebrity over the user’s face in real-time during video call meetings.

Aliev built Avatarify using the open-source code from the “First Order Motion Model for Image Animation,” published on the arxiv preprint server earlier this year. In case of First Order Motion model, a face-swapping program can automatically generate facial expressions with an algorithm but with prior training using a data set composed of target images. On the other hand, Avatarify generates automatic facial expression generation with almost no prior training.

“I ran [the First Order Model] on my PC and was surprised by the result. What’s important, it worked fast enough to drive an avatar real-time,” Aliev told Motherboard.

“Developing a prototype was a matter of a couple of hours and I decided to make fun of my colleagues with whom I have a Zoom call each Monday. And that worked. As they are all engineers and researchers, the first reaction was curiosity and we soon began testing the prototype.”

To demonstrate his deepfake technique, Aliev used the code to superimpose Tesla CEO Elon Musk’s face onto his during a Zoom meeting. As one can see in the video below, Aliev pretends to join the wrong meeting. The altered Elon Musk face is certainly fake but the eyes and head move around well enough to make it look like a real person.

Besides the above demo, Aliev also showcased the project in other demo YouTube videos  where he translated his facial movements on to still images of theoretical physicist Albert Einstein, rapper Eminem, Mona Lisa and Apple co-founder Steve Jobs.

The code for the software is available for everyone on GitHub and has detailed instructions on how to use it. However, it has some significant requirements to make it work, such as some programming knowledge and a high-spec gaming PC. Besides these, you need to have one video conferencing app, either Zoom or Skype. The tool can also be used for video calls on Slack.

“The idea after Avatarify is availability and fun. Certainly it requires a powerful gaming PC to work smoothly, but we think optimization for laptops is just a matter of time. It just allows people to have some fun while being locked down at home,” Aliev was quoted as saying.