Microsoft is persuading its users to try out its new Chromium-based browser, Edge by showing adverts in the Search UI on Windows 10 (spotted by Windows Latest).

However, the ads in the Search interface are not served if users have already installed the Chromium-based Microsoft Edge browser on their computers, even if it not set as their default.

Besides Windows Search, Microsoft has also begun using a similar tagline in Outlook advertisement for Edge, which claims that the company’s Edge browser is more compatible with the email service.

Seen as a small advert on all the pages in Outlook, it reads ‘Get speed, performance, and compatibility with the new Microsoft Edge’ with a downloadable browser link. However, this ad is visible only while using the Outlook web in Chrome.

According to WindowsLatest, the advertisements don’t show up if you are a regular Microsoft Edge user or a Microsoft 365 subscriber.

This is not the first time Microsoft has tried to advertise its Chromium-based Edge browser on Windows 10.

In February, the Redmond giant used the Windows 10 Start Menu to suggest Mozilla users switch away from Firefox and install its improved new Microsoft Edge browser. 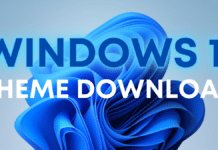