The market share data of desktop operating systems and web-browsers in March 2020 shows Microsoft’s Edge with a share of 7.59% is on the second spot gaining an increase of almost 2% compared to the same period last year. 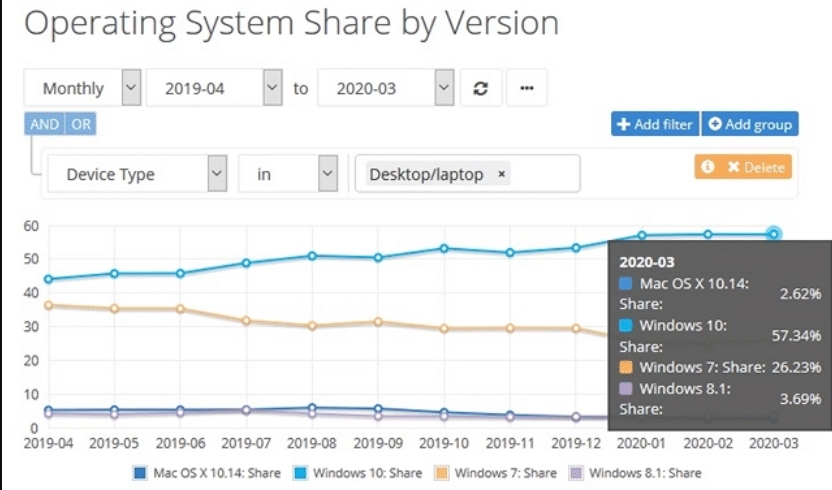 On the other hand, Google’s web browser Chrome share has increased slightly and continues to hold the number one position with a share of 68.50%, which is even higher than last year.

With Microsoft withdrawing support from Windows 7, more and more users are switching to Windows 10.

Also, its availability on iOS and Android devices a few years ago has added to its popularity.

Additionally, with Microsoft Edge set to come as the new default browser on Windows 10, we could see an increase in its market share and popularity in the coming future.