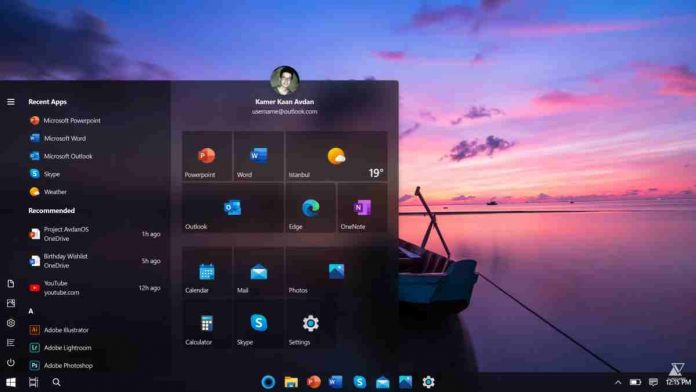 With Windows 7 no longer supported, Microsoft is gradually tweaking Windows 10 trying to make an additional improvement with each new feature update based on user feedback. However, with each update, it ends up bringing a set of woes for its customers too.

Having said this, it may take a while for Microsoft to bring a more modern and desirable form and consistency in Windows 10, but an enterprising UI designer and a YouTuber has already reimagined the look and feel of Windows in a concept video called Introducing Windows 20 (Concept by Advan).

Kamer Kaan Avdan, a Turkish designer, in his concept video posted on YouTube has met all the expectations of Windows 10 users by demonstrating how the Windows 10 successor, Windows 20 would look like.

The most impressive feature of Avdan’s Windows 20 concept is that it offers users the ability to customize the Windows 10 taskbar. For example, with a single click, you can change the alignment of apps in the taskbar from left to center.

While the Windows 20 concept certainly proposes several interesting ideas, but the question here is would Microsoft implement these in its next operating system.

“Microsoft confirms there will be no Windows 20. The name for this concept has been chosen as Windows 20 to emphasize the idea of ‘’The Future of Windows 10’’. For those who are curious “20’’ stands for the year 2020,” Avdan wrote on YouTube.