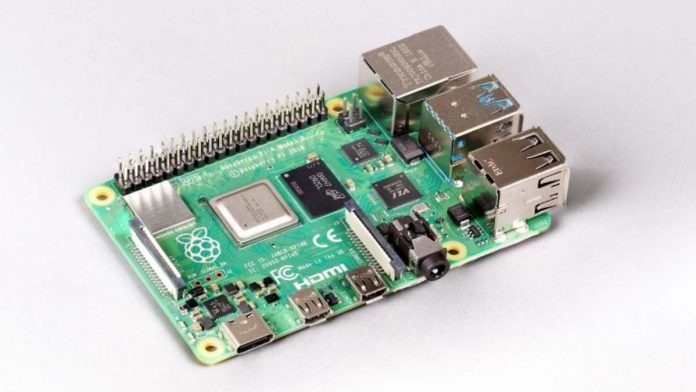 The Raspberry Pi Foundation has officially announced the long-rumoured Raspberry Pi 4 with 8GB of RAM for $75.

“Raspberry Pi 4 is almost a year old, and it’s been a busy year,” Raspberry Pi Foundation founder Eben Upton writes in the announcement.

“We’ve sold nearly 3 million units, shipped a couple of minor board revisions, and reduced the price of the 2GB variant from $45 to $35 … While we launched with 1GB, 2GB, and 4GB variants, even at that point we had our eye on the possibility of an 8GB Raspberry Pi 4 … today, we’re delighted to announce the immediate availability of the 8GB Raspberry Pi 4, priced at just $75.”

The 8GB Raspberry Pi 4 that aims to meet the computing needs of more high-memory tasks is not much different from the previous version. Besides the increase in memory, the only change is a new power switch next to the USB-C power connector.

The ARM-based BCM2711 chipset used by all Raspberry Pi 4s also support up to 16GB of LPDDR4 SDRAM, which means there are chances we could see more exciting Pi models in the future.

“The real barrier to our offering a larger-memory variant was the lack of an 8GB LPDDR4 package. These didn’t exist (at least in a form that we could address) in 2019, but happily our partners at Micron stepped up earlier this year with a suitable part,” said Upton.

“If you’re a power user, intending to compile and link large pieces of software or run heavy server workloads, or you simply want to be able to have even more browser tabs open at once, this is definitely the Raspberry Pi for you.”

Further, the foundation has decided to rename the 32-bit and 64-bit versions of the operating system images from Raspbian to ‘Raspberry Pi OS’. These are fundamentally identical with “the same set of applications and the same desktop environment.”

Also, Raspberry Pi has launched a 64-bit beta version of its OS image built against the Debian arm64 port to allow users “to map all 8GB into the address space of a single process.” The beta version of the 64-bit Raspberry Pi operating system can be found here. For those who want to look at other 64-bit OS options besides Raspberry, can try Ubuntu and Gentoo.

“As our community grows, we want to make sure it’s as easy as possible for new users to find our recommended operating system for Raspberry Pi. We think the new name will help more people feel confident in using our computers and our software,” Upton added.

Those interested in purchasing the 2GB, 4GB, or the latest 8GB model of the Raspberry Pi 4 Model B can get it here