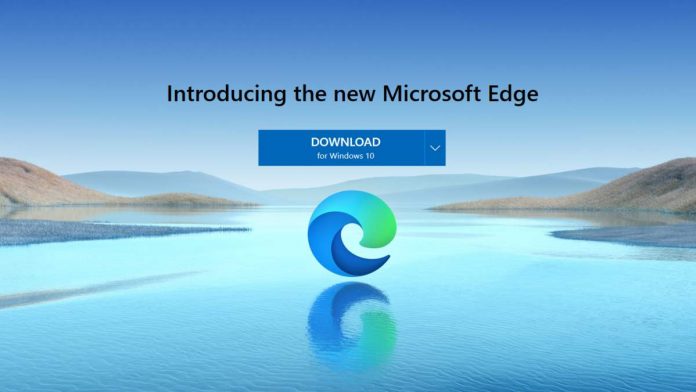 Microsoft’s new Chromium-based Edge browser is quietly importing users’ data from Chrome and Firefox during setup without asking their permission.

Several users took to Reddit to complain regarding the matter, which has been noticed in the new Microsoft’s new Edge browser that has been installed via Windows Update.

“I just installed Edge today for testing, and I noticed my bookmarks from Firefox appear in the background/browser BEHIND the import acceptance dialog. The bookmarks disappeared after I said I didn’t want it to import anything. Obviously it still went looking before asking!,” said Redditor orcusmorcus while describing the problem.

“I was immediately annoyed at how invasive this is. I’m a software developer so I’m sensitive to these sorts of UI tricks,” another Reddit user krankie pointed.

While a third one reported, “Unless you close it via task manager instead of doing the forced setup, in which case it copies your data anyway, and the worst part is most people will never know what it’s doing because they’ll never open it again. I only reopened it because I noticed it automatically signed me into the browser as it was closing and wanted to sign out before not touching it again, at which point I discovered it had already copied my Firefox data over despite the fact I didn’t go through the setup process.”

Another user pointed, “Love rebooting my computer to get treated to a forced tour of a browser I’m not going to use that I have to force close through the task manager to escape, and then finding out it’s been copying over my data from Firefox without permission.”

In a statement provided to Windows Central, Microsoft confirmed that its Edge browser imports data from other browsers during setup, but the company explained that the import dialog does give users “the opportunity to keep or discard the imported data.”

Since the full-screen first-run experience cannot be turned off unless you shut it down via the Task Manager, Microsoft recommends users to not terminate the browser during the setup else “residual data may not be fully deleted.”

During the first run experience, the customer is presented the opportunity to keep or discard the imported data. This data is discarded if they choose not to proceed with the import. If a customer terminates the new Microsoft Edge browser prematurely during the first run experience (e.g. using Task Manager), residual data may not be fully deleted. We recommend customers not shut down the setup process prematurely to ensure an expected result.

A Microsoft spokeswoman told ZDNet in a statement: “We believe browser data belongs to the customer and they have the right to decide what they should do with it. Like other browsers, Microsoft Edge offers people the opportunity to import data during setup.”

With Microsoft’s Chromium-based Edge browser rolling out now to all Windows 10 users, we recommend those who are concerned about the imported data to go through the first run experience completely and then select to discard the data.