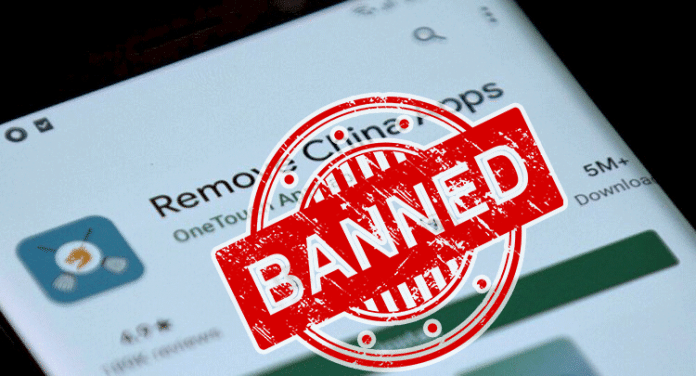 Anti-China sentiments have grown ten-fold across the world, owing to COVID-19, a pandemic with its origin from a small town in China. Remove China Apps app was riding on the wave of the sentiments for 10 days before Google removed it.

Remove China App, an app developed by an Indian app development lab, OneTouchAppLabs, garnered over 5 million downloads with #1 rank on Top-free Apps on the Google Play Store. Before it was removed by Google from their app store, citing their deceptive behavior rules.

The developers of the departed app have defended their creation on Twitter, where they said, “our app does not promote or force people to uninstall any of the application(s)” and is developed only “for educational purposes only.“

What was Remove China Apps?

Remove China Apps was an app for Android, listed on the Google Play store. It scanned the smartphone for any app developed in China and let users delete it from the app itself.

The app scanned for Chinese app developer’s repository to match the country of origin to list under the apps from China.

Why was Remove China Apps removed?

According to the rules of Google Play store, no app can force and or encourage users to delete other apps that are present on the Play store, which was a key idea behind the Remove China Apps.

Excerpt from Google Play Store’s policy, relevant on the issue:

What next for Remove China Apps enthusiast?

The installation file is doing rounds on social media, especially Twitter, with the #RemoveChinaApps. Many users are installing the app via a third-party source and sharing it with other users in need.