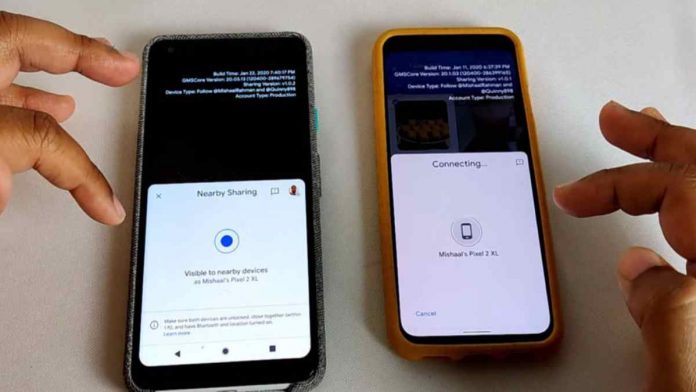 Google’s own version of AirDrop, Apple’s well-known device-to-device file sharing service, which was exclusive to Android may now arrive on other popular operating systems too.

According to recent commit submitted to the Chromium Gerrit, Android’s upcoming AirDrop-style sharing feature called “Nearby Sharing” (also referred to as ….Fast Share) may now be available on all major platforms, including Windows, Linux, macOS, and Chrome OS, including Android.

The commit revealed that settings for “Nearby Share” will be integrated into Chrome OS settings. Also, the flag description says, “Enables Nearby Sharing for sharing content between devices. – Mac, Windows, Linux, Chrome OS”, which means it is coming to other operating systems with Google Chrome installed.

For those unaware, the Nearby Sharing feature will enable users to wirelessly share photos/videos, and other files between devices without using the internet.

To use the Nearby Sharing feature, it needs to be enabled from chrome://flags. Currently, activating this feature does not detect any changes, which implies that it is still in development stages and it is in progress.

Nearby Sharing shows up in #chromebook settings pic.twitter.com/Z2V5UrgPT4

Currently, it’s unknown when Google plans to launch the Nearby Sharing feature.

You can check out XDA-Dev’s video below that shows how the feature works on mobile devices: