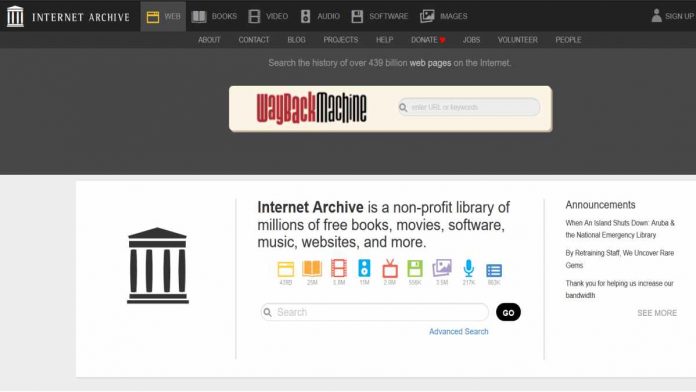 For those unaware, in March, the IA had announced a “National Emergency Library” program and made 1.4 million digital books available for free temporarily from its e-book repository, Open Library to help educators and students with digital learning material, as most of the country’s schools and libraries have been shut down due to the current COVID-19 pandemic.

Normally, the IA online library can be accessed under certain “wait time” restrictions that allows one borrower at a time to gain access to a scanned book for 14 days. However, these restrictions were suspended in March in response to the global pandemic and books were made available immediately to anyone with an account till end of June or until the national lockdown in the U.S. ends, whichever is later.

Open Library’s ebooks are scanned from physical copies that are then distributed as encrypted e-books, so the project never enters into a licensing agreement with the publisher.

“We hope that authors will support our effort to ensure temporary access to their work in this time of crisis,” according to a statement on the archive’s website.

All the four plaintiffs are member of the Association of American Publishers (AAP), which, according to its website, represents publishers in the U.S. “on matters of law and policy”. These publishers are seeking a permanent injunction against the library that also orders it to destroy all “unlawful” copies and an undetermined amount of money for damages.

“Without any license or any payment to authors or publishers, [the Internet Archive] scans print books, uploads these illegally scanned books to its servers, and distributes verbatim digital copies of the books in whole via public-facing websites. With just a few clicks, any Internet-connected user can download complete digital copies of in-copyright books from [the] defendant,” the plaintiffs allege in their complaint.

“Despite the Open Library moniker, IA’s actions grossly exceed legitimate library services, do violence to the Copyright Act, and constitute willful digital piracy on an industrial scale. Consistent with the deplorable nature of piracy, IA’s infringement is intentional and systematic.”

Explaining the publisher’s position, Maria A. Pallante, President of the AAP said in a statement, “Today’s complaint illustrates that Internet Archive is conducting and promoting copyright infringement on a massive scale. In scanning and distributing literary works to which it has no legal or contractual rights, IA deliberately misappropriates the intellectual and financial investments of authors and publishers and brazenly ignores the copyright law that Congress enacted.”

Pallante compared the emergency library to “the world’s most egregious pirate sites” which distribute works freely without paying copyright fees.

Brewster Kahle, co-founder of Internet Archive on Monday defended his organization and said it is functioning as a digital library while public libraries are still under lockdown. He also responded to the lawsuit by calling it “disappointing.”

“As a library, the Internet Archive acquires books and lends them, as libraries have always done. This supports publishing, authors and readers. Publishers suing libraries for lending books, in this case, protected digitized versions, and while schools and libraries are closed, is not in anyone’s interest. We hope this can be resolved quickly.

The only difference is that unlike public libraries which pay licensing fees to publishers, the IA either buys physical books or receives books through donations and proceeds to scan and upload them to make them available online for everyone.