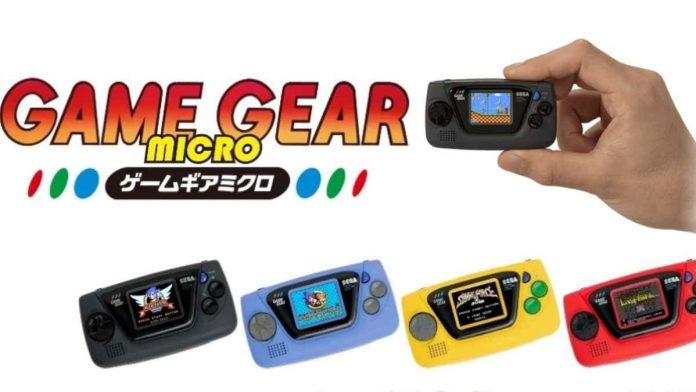 Called as Sega Game Gear Micro, the device will be available in four versions and each one will have a different color and offer four different games.

As one can see from the video below, the four versions of the Game Gear Micro will be available in black, blue, yellow, and red color variants.

The games that will be available as per color variant are as follows:

The Game Gear Micro measures 80mm wide x 43mm high x 20mm deep, a micro size that is less than 40% of the original game gear. Further, the device has a display size of 1.15-inches in comparison to the Game Boy Micro that had a 2-inch display.

You can power the console with two AAA batteries or via a Micro USB cable (included) with a USB plug (not included) to power the tiny handhelds. The audio is provided through a mono speaker or headphone jack.

As for pricing, Sega is charging $50 for each Game Gear Micro console. However, if you opt for a bundle of all four consoles, you get it for $250, which also includes a “Big Window” magnifying glass to make the screen easier to see.

It’s not yet known if or when the company plans to release Game Gear Micro outside of Japan.