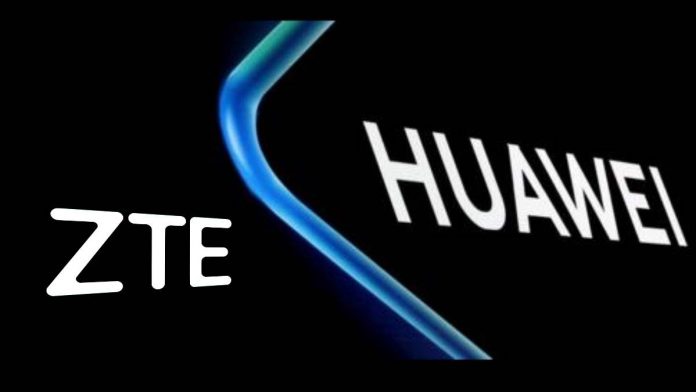 In a major move in its ongoing efforts to protect U.S. communications networks from security risks, the U.S. Federal Communications Commission (FCC) on Tuesday officially declared Chinese telecommunications companies, Huawei and ZTE, as well as their parent companies, affiliates, and subsidiaries, as national security threats.

As a result of this action, U.S. companies will be barred from using the $8.3 billion Federal Universal Service Fund to purchase, obtain, maintain, improve, modify, or otherwise support any equipment or services produced or provided by these two Chinese suppliers.

“With today’s Orders, and based on the overwhelming weight of evidence, the Bureau has designated Huawei and ZTE as national security risks to America’s communications networks—and to our 5G future,” said FCC Chairman Ajit Pai.

“Both companies have close ties to the Chinese Communist Party and China’s military apparatus, and both companies are broadly subject to Chinese law obligating them to cooperate with the country’s intelligence services. The Bureau also took into account the findings and actions of Congress, the Executive Branch, the intelligence community, our allies, and communications service providers in other countries. We cannot and will not allow the Chinese Communist Party to exploit network vulnerabilities and compromise our critical communications infrastructure. Today’s action will also protect the FCC’s Universal Service Fund—money that comes from fees paid by American consumers and businesses on their phone bills—from being used to underwrite these suppliers, which threaten our national security.”

The ruling reinforces a unanimous FCC vote in November 2019 that bans the use of universal service support to purchase equipment or services from companies posing a national security threat to the integrity of communications networks or the communications supply chain.

In the Orders issued on Tuesday, the Public Safety and Homeland Security Bureau bases its final designations on the totality of the evidence, including evidence supporting the Commission’s initial designations and filings submitted in the record by Huawei, ZTE, and other interested parties. The final designations of Huawei and ZTE are effective immediately.

“We cannot treat Huawei and ZTE as anything less than a threat to our collective security. Communist China intends to surveil persons within our borders and engage in large-scale, industrial espionage. Nothing short of prohibiting subsidized Huawei and ZTE gear from our networks could address this serious national security threat. After all, Chinese law does not meaningfully restrain the Communist regime given its authoritarian nature.

“America has turned the page on the weak and timid approach to Communist China of the past. We are now showing the strength needed to address Communist China’s threats. And our efforts will not stop here. The FCC will continue to take whatever steps are necessary to secure America’s communications networks from bad actors that would do us harm.”

In response to the FCC announcement, China asked the U.S. to stop “oppressing Chinese companies,” alleging Washington of “abusing state power” and claiming that there was no evidence of misconduct.

The FCC’s latest move against Huawei and ZTE is one of the numerous major initiatives taken by several arms of the U.S. government to ban the use of equipment from these Chinese vendors. The Trump administration has also been trying to urge its allies to do the same.

Recently, the Indian government banned 59 Chinese apps, including the controversial hotbed TikTok, as they were considered harmful to state security.