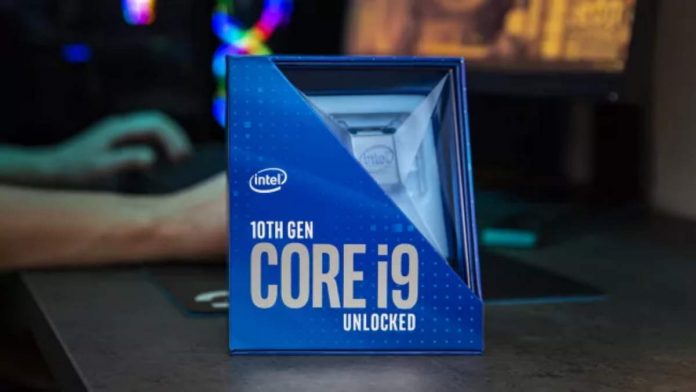 At the end of April this year, Intel had announced its new 10th-generation desktop CPUs from the Comet Lake S family that are focused towards gaming.

It now appears that the chip-maker is preparing to release another 10 core SKU in its Comet Lake-S desktop family – the Core i9-10850K – which was found on the Geekbench database by the prolific leaker, APISAK (@TUM_APISAK).

The clock speeds show reduced base frequency of 3.6GHz and boosting up to 5.2GHz, which is a 100MHz reduction in base and boost speed in comparison to the Core i9-10900K.

The CPU preserves 20MB of L3 and a total of 2.5MB of L2 cache. Further, the CPU achieves 6,244 points in single-core performance and 37,794 points in multi-core, which is due to the higher clock speeds.

However, the Core i9-10850K doesn’t feature a Thermal Velocity Boost (TVB), which means that it could likely have the same TDP (Thermal Design Power) range as the Core i9-10900K at 125W.

Currently, it is unclear whether the i9-10850K is an OEM-exclusive processor or will it be coming to the retail desktop market. Keep watching this space for more, as it is a developing story!