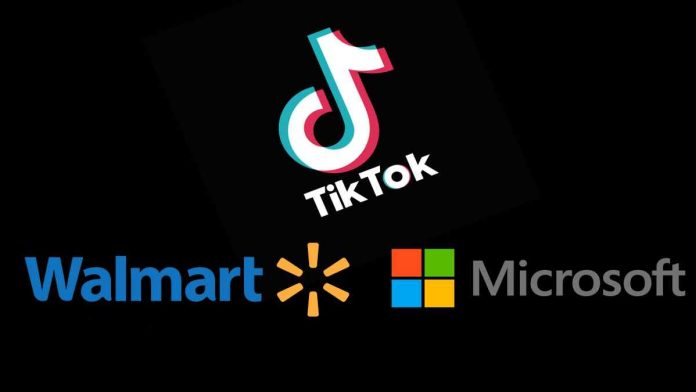 In a new twist to the TikTok bidding saga, Walmart on Thursday confirmed it’s teaming up with Microsoft in a bid to buy the hugely popular short-form video app.

Citing potential boost from TikTok to the giant retailer’s online presence, Walmart said, “The way TikTok has integrated e-commerce and advertising capabilities in other markets is a clear benefit to creators and users in those markets.”

The company added, “We believe a potential relationship with TikTok US in partnership with Microsoft could add this key functionality and provide Walmart with an important way for us to reach and serve omnichannel customers as well as grow our third-party marketplace and advertising businesses.

“We are confident that a Walmart and Microsoft partnership would meet both the expectations of US TikTok users while satisfying the concerns of US government regulators.”

TikTok, which is owned by Beijing-based ByteDance Ltd, has been given 90 days to sell its U.S. operations to an American firm or face a ban in the country if it isn’t sold. U.S.

President Donald Trump has alleged that the video-sharing app shares its user data with Beijing and considers it as a potential threat to the country. TikTok has denied these claims.

Earlier this month, Microsoft had announced that it is planning to acquire TikTok’s operations in the U.S., Canada, Australia, and New Zealand.

However, the tech giant declined to comment on Walmart’s announcement stating that it had “nothing to share at this time”.

Besides Microsoft, other bidders that have been rumored to be in the bidding race include Twitter and Oracle.

The announcement follows after TikTok CEO Kevin Mayer’s surprise resignation on Wednesday amidst an impending ban by Trump.

“In recent weeks, as the political environment has sharply changed, I have done significant reflection on what the corporate structural changes will require, and what it means for the global role I signed up for,” Mayer said in a memo to employees.

“Against this backdrop, and as we expect to reach a resolution very soon, it is with a heavy heart that I wanted to let you all know that I have decided to leave the company.”

According to a person familiar with the talks, a deal could be reached within the next week.

“We appreciate that the political dynamics of the last few months have significantly changed what the scope of Kevin’s role would be going forward, and fully respect his decision. We thank him for his time at the company and wish him well,” a TikTok spokesman said.