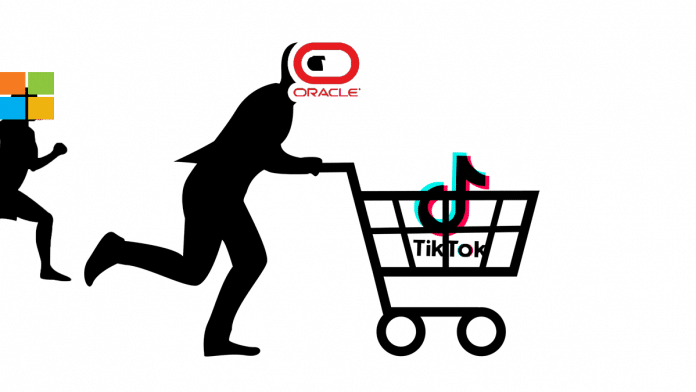 TikTok has been in hot waters around the world in some of the biggest countries of the world.

Oracle has shown interest in the wake of President Trump’s deadline through the executive order to ByteDance, to either sell TikTok’s US business or try a spinoff of the operations complying.

The latter part has prompted a talks on the potential “combination” between Twitter and TikTok, as discussions are underway for a new strategy to comply with the newly issued guidelines.

Present Trump has relaxed the deadline from 45 to 90 days for ByteDance to make an informed decision.

The Tech Giants racing against the Clock

According to Financial Times, TikTok held a closed-door meeting with executives from Oracle over the possibility of buying their US, Canada, Australia, and New Zealand operations.

Oracle has joined as a direct competitor of Microsoft which is interested in the race for purchasing the US, UK operations.
Meanwhile Reliance’s Jio is in talks to buy India operations of TikTok.

Bans set the things in Motion

A month and fortnight ago, TikTok was banned in India along with 58 other Chinese apps, citing privacy concerns.

The neighbouring country Pakistan has also taken cognizance of the situation and have given “final warning” to TikTok, after banning a short video app Bigo.

Political Factors involved in the Interest?

The interest from a successful B2B company such as Oracle in a service-based application has come as a surprise for the tech fraternity.

According to social media chatter, the move is seen as a part of Oracle CEO’s public affiliation with President Trump.