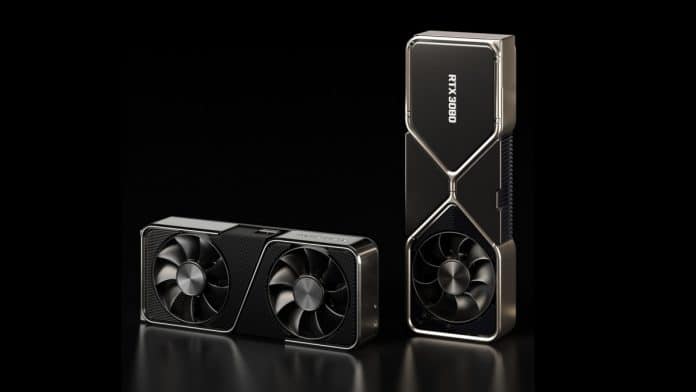 Low-quality capacitors made by AIB (Add-In Board) partners are possibly behind the CTDs (Crash to Desktop), instability, and black screens occurring in Nvidia’s GeForce RTX 3080 graphic cards. Majority of forums have reported about the problem including NVIDIA’s own forums.

Apparently, the problem only affects custom variants of the GeForce RTX 3080 graphics card. It occurs during gaming when custom boards reach a boost GPU clock speed of 2.0GHz or higher, resulting in the game freezing or crashing and then returning to the desktop.

In an investigative report prepared by Igor’s LAB, the company states that a pattern has been found among certain GeForce RTX 3080 cards that users are reporting problems with – the choice of cheap polymer capacitors that is likely behind the card’s instability.

EVGA, the company that produces Nvidia-GPU-based video cards, confirms that the reason behind the crashes is the use of low-quality capacitors (POSCAPs) in the RTX 3080s.

EVGA’s statement, which comes in the form of a forum post, addresses its own problems with the capacitors in its designs and confirms that capacitors can play a role in the latest reports:

“Recently there has been some discussion about the EVGA GeForce RTX 3080 series.

“But, due to the time crunch, some of the reviewers were sent a pre-production version with 6 POSCAP’s, we are working with those reviewers directly to replace their boards with production versions. EVGA GeForce RTX 3080 XC3 series with 5 POSCAPs + 10 MLCC solution is matched with the XC3 spec without issues.”

Several other OEM variants such as ASUS ROG, iChill, Aorus RTX 3080s, Zotac Trinity, MSI, Ventus 3X OC have also been experiencing crashes. However, it is not clear unclear whether the reason is the same.

Neither Nvidia nor its AIB partners have commented on the matter. Keep watching this space for more updates, as this is a developing story!