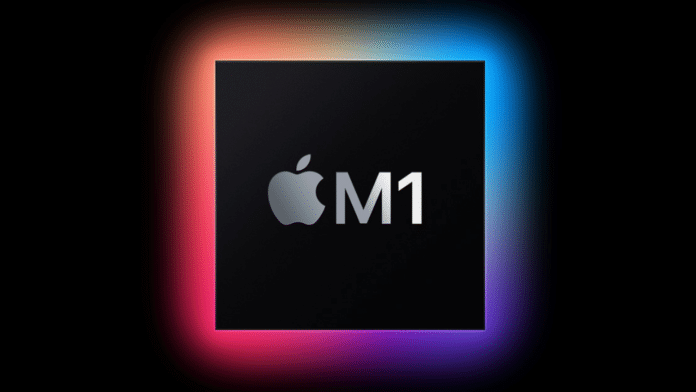 Apple has finally initiated its transition from Intel to Apple Silicon for the entire Mac lineup. Yesterday at an online event the California-based tech giant revealed three new Mac computers that will be powered by the new M1 5nm ARM-based Octa-Core SoC.

Apple claims that M1 is the world’s first chip for the PC to be built on 5-nanometer process technology. In this article, we have shared everything that you need to know about the M1 chip from Apple.

Similar to every other SoC in existence, the new Apple M1 combines CPU, GPU, I/O, memory, security, and more into a single chip. The M1 SoC has an 8-core CPU consisting of four high-performance cores and four high-efficiency cores.

The SoC features 16 billion transistors and it even has an Apple Neural Engine with 16-core architecture that is capable of 11 trillion operations per second. Furthermore, the integrated 8-core GPU offers 2.6 teraflops of throughput. 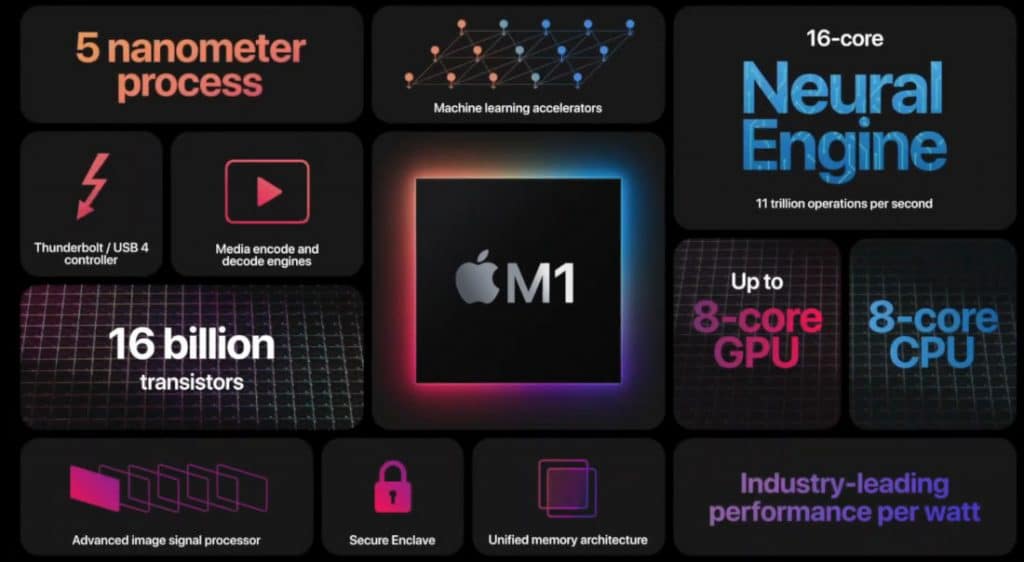 In addition to offering improved performance, the SoC is also very power efficient. For instance, the new MacBook Air and MacBook Pro 13-inch offer up to 17 hours of wireless web browsing and up to 20 hours of video playback.

The next noteworthy feature of this SoC is Apple’s latest image signal processor. Without changing the actual hardware, the image quality of photos and videos produced using Apple M1 powered Macbooks will be better in comparison to the ones powered by Intel processors. 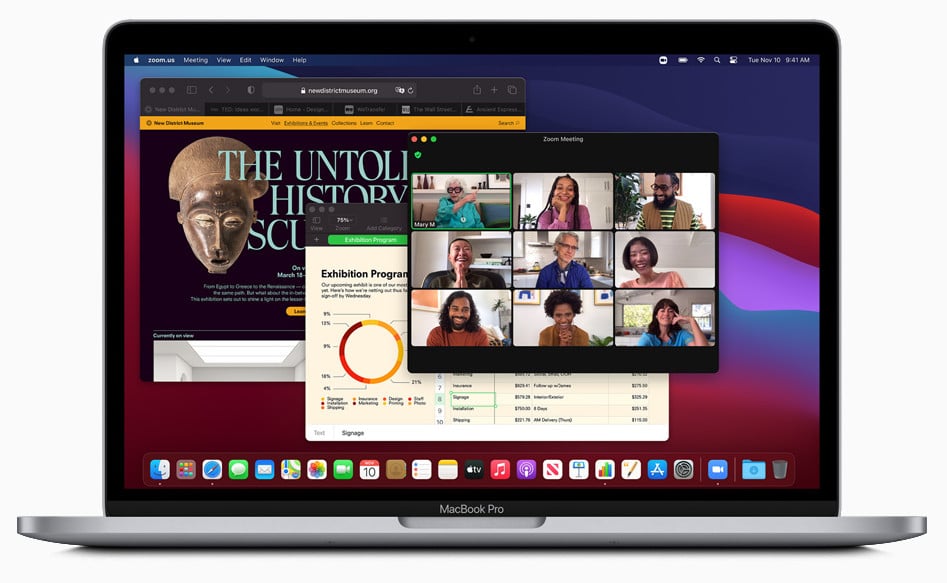 MacBook Air, MacBook Pro 13-inch, and Mac mini are the three new Apple computers that will be powered by the new M1 Chip. The new MacBook Air now features a completely fanless design. Furthermore, it’s 2.8x faster than the previous generation and the 8-core GPU is up to 5x faster. Similar performance gains are available on the MacBook Pro.

Users can also configure their new MacBooks with up to 16GB of RAM. Moreover, the storage is also configurable to up to 2TB.

Lastly, the Mac Mini also packs the performance improvements offered by the M1 Chip. The advanced thermal design of Mac Mini helps the M1 SoC to operate at its full potential.