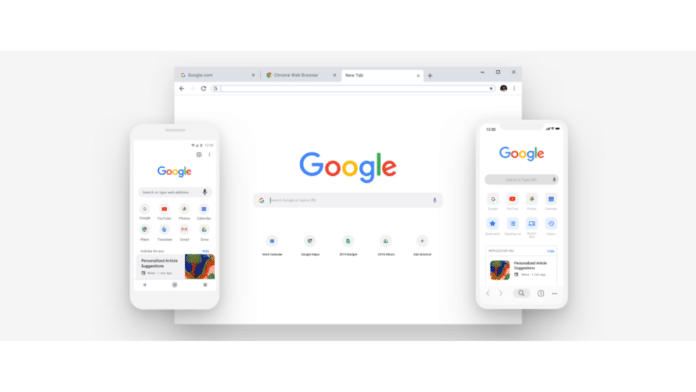 “This month’s update represents the largest gain in Chrome performance in years, thanks to many under-the-hood improvements,” Google said.

Coming to the biggest performance improvements, Google claims to have reduced the CPU usage by up to 5x while extending battery life up to 1.25 hours at the same time as per internal benchmarks. This has been possible by prioritizing active Chrome tabs over background content, which Google calls Tab Throttling and Occlusion Tracking. These updates will gradually roll out in M87 and the next release, M88.

Another performance improvement feature of Chrome 87 is that it now starts up to 25 percent faster, and loads pages up to 7 percent faster, all while using less power and RAM than before. Additionally, Chrome on Android now loads pages near instantaneously when you navigate backward and forward, making these common tasks superfast.

Previously, Chrome allowed you to pin tabs (for those go-to pages), send tabs to your other devices, and even group tabs in Chrome. Now, Google is adding a tab search function to the browser.

“You’ll now be able to see a list of your open tabs—regardless of the window, they’re in—then quickly type to find the one you need. It’s search … for your tabs!,” Google said.

This feature will be available initially on Chromebooks and is expected to follow on other desktop platforms shortly.

Further, Chrome 87 brings improvement in the address bar with certain functionality becoming embedded in its interface.

“In this release, we’re expanding what you can do in the address bar with Chrome Actions – a faster way to get things done with just a few keystrokes,” Google said. “For example: when you type ‘edit passwords,’ or ‘delete history,’ you can now take action directly from the bar.”

Google is also adding the New Tab Page in Chrome, which allows users to quickly access recently-visited and related content on the web.

“Cards in Chrome will help you pick up where you left off. They include recently-visited and related content, and they’ll start showing up for some users on the new tab page, underneath the shortcuts,” Google said.

The option will be first experimented within areas like cooking and shopping and will be later extended to entertainment early next year.

The update to Chrome is already available, which Google plans to roll out over time. However, desktop users may perform a manual check for updates to get it right away.

All you need to do is load chrome://settings/help in a desktop version of Google Chrome to check for updates manually.