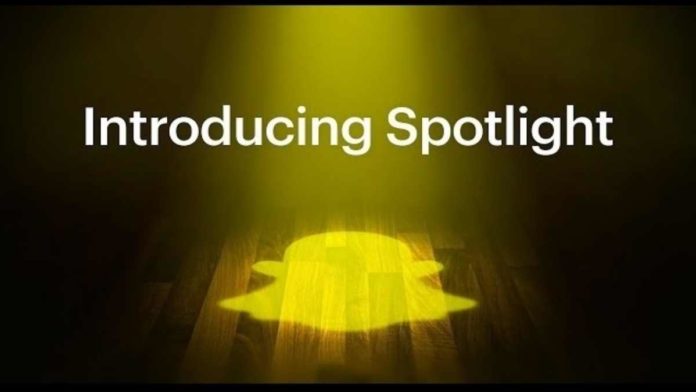 Snap Inc., which runs the popular multimedia app Snapchat, on Monday announced a new feature on its platform called ‘Spotlight’ to compete with video-sharing app TikTok.

Further, Snapchat’s ranking algorithm looks at factors that show people are interested in a particular Snap, such as the amount of time spent watching it, if it is favorited, and if it’s shared with friends. It also considers negative factors, including if the viewer skipped watching the Snap quickly.

Snaps that appear in Spotlight can be from Snapchatters with private, personal accounts, or from Snap Stars with public profiles and millions of Subscribers.

According to Snapchat, Spotlight will be moderated and would not allow public comments. However, it will become tailored to each Snapchatter over time based on their preferences and favourites.

Further, Snapchat will pay $1 million each day to the people who create the most popular Spotlight posts “as a way to celebrate and reward the creativity of the Snapchat community.” The program will run through the end of 2020, and potentially beyond.

“Earnings are determined by a proprietary formula which rewards Snapchatters primarily based on the total number of unique video views a Snap gets in a given day (calculated using Pacific Time) as compared to the performance of other Snaps that day. Many Snapchatters will earn each day, and the ones who create the top Snaps within that group will earn the most for their creativity,” the company said in a blog post.

Snapchat also warned users that they will actively monitor for fraud to ensure that only account for authentic engagement with Snaps. Also, it’s formula may be adjusted from time to time.

In order to earn money, Snapchatters must be 16 or older, and where applicable, obtain parental consent to earn.