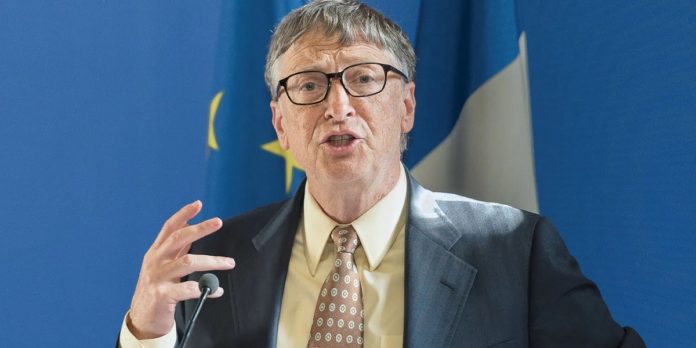 As you might know, Clubhouse is an invite-only audio conversation application that’s presently available only for iOS. Recently, Bill Gates joined Andrew Ross Sorkin for an interview in the Clubhouse app.

In this interview Gates revealed why he still prefers using Android smartphones over iPhone.

RELATED: Bill Gates Says We Need An Elon Musk In Every Sector To Tackle Climate Change

For the past few years, Bill Gates has been working and focusing on social and public work. That said, the Microsoft co-founder still shares his opinions about the latest technological developments.

Back in 2017, Gates revealed that he uses an Android smartphone. Since Clubhouse is only available for iOS Sorkin curiously asked whether Gates’s preference has changed.

“I actually use an Android phone. Because I want to keep track of everything, I’ll often play around with iPhones, but the one I carry around happens to be Android. Some of the Android manufacturers pre-install Microsoft software in a way that makes it easy for me. They’re more flexible about how the software connects up with the operating system. So that’s what I ended up getting used to. You know, a lot of my friends have ?iPhones?, so there’s no purity.”

During the conference Clubhouse co-founder Paul Davison briefly joined the room and he told Gates and Sorkin that an Android version of the app is in works.

Apart from that Bill Gates also talked about former Apple CEO Steve Jobs and admitted he had an uneasy relationship with him. Lastly, he also discussed climate change, his new book How to Avoid a Climate Disaster, the pandemic, and much more.

It is worth noting that a majority of Microsoft applications and services are available for iOS. Furthermore, with the advent of iOS 14, even the default web-browser can be changed.