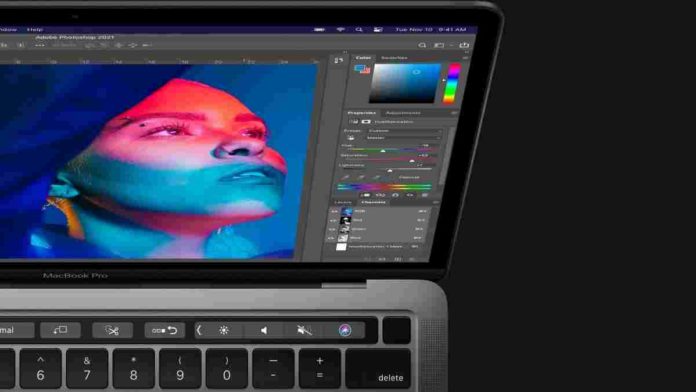 “Our tests covered a broad scope of activities, including opening and saving files, running filters, and compute-heavy operations like Content-Aware Fill and Select Subject, which all feel noticeably faster. Our early benchmarking also shows that some operations are substantially faster with the new chip,” Adobe’s Pam Clark said in a statement on Wednesday.

Adobe does notify that there are still a few features that the company hasn’t finished porting to run on the new M1 chip. These primarily include recently shipped features in the previous Photoshop release such as Invite to Edit Cloud Documents and Preset Syncing. If these are critical to your workflow, you can simply switch back to Rosetta 2 until the above-mentioned features make their way into the official build. However, the company says the performance improvements in its new Photoshop build were too remarkable to hold back the release for everyone.

Since Cloud Documents are auto-saved, every document has a version history. You can now browse and revert back for up to 60 days of your history. Versions can be bookmarked so they don’t expire, renamed, and saved permanently. For more information about Cloud Documents Version History, you can read here.

Similarly, you can now select the Cloud Documents you want to store locally on iPad devices and access them while you are offline. For more information about working with Cloud Documents offline, you can go here.

Additionally, a new Super Resolution feature is now available in the Adobe Camera Raw plugin. This feature uses pioneering machine learning technology to boost the resolution of an image with one click, producing higher quality results than ever before. For example, you can turn a 10-megapixel photo into a 40-megapixel photo with one click. This feature will also be coming to Lightroom and Lightroom Classic soon.

Photoshop will now be available on the MacBook Air, 13-inch MacBook Pro, and Mac mini.

“These great performance improvements are just the beginning, and we will continue to work together with Apple to further optimise performance over time,” Clark concluded.