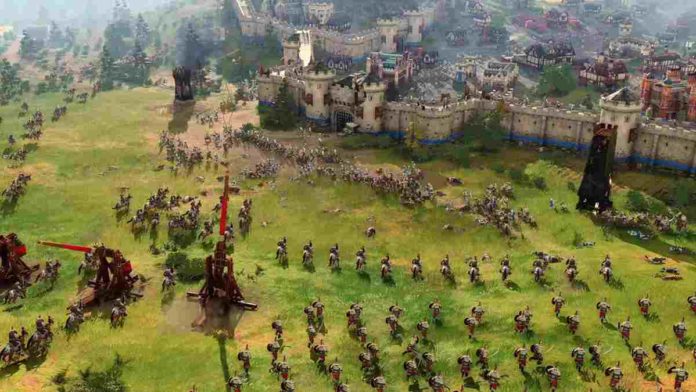 The new gameplay footage for the upcoming Age of Empires IV was unveiled during Microsoft’s Age of Empires: Fan Preview event on Saturday.

The highly-anticipated title will be arriving on the PC on Windows 10, Xbox Game Pass for PC, and Steam during the fall of 2021.

Age of Empires IV takes players on a journey through the ages as they command influential leaders, build expansive kingdoms, and fight some of the most critical battles of the Middle Ages.

Check out the trailer below that reveals new gameplay, campaigns, and more:

Age of Empires IV will have four ages: Medieval, Feudal, Castle, and Imperial. The game will have eight playable civilizations at launch with Microsoft revealing four civilizations such as the English, the Chinese, the Mongols, and the Delhi Sultanate at the event.

For instance, the preview event on Saturday offered a detailed look at one of the new playable civilizations in Age of Empires IV, the Delhi Sultanate, and showed off one of their most iconic units in action: the War Elephant. Mixed in with gameplay of archers firing down from above on castle walls, spearmen engaging in combat, Sultanate Scholars capturing sacred sites, and supporting War Elephant assaults – it all looks very Age of Empires.

Similarly, the event also revealed the Chinese civilization with unique architecture and costuming, period-accurate language, and military units clad in traditional garb wielding intimidating weaponry. The Chinese civilization is immense and resilient with the potential for tremendous growth and advancement throughout the game. With a strong focus on expanding their empire, they are capable of developing massive armies with their explosive strength.

The preview event also gave a sneak peek into the Norman campaign —one of the four campaigns available in Age of Empires IV. It draws inspiration from gilded manuscripts of the time, the “golden soldiers” project historical events over present-day real-world locations, which provides a realistic sense of place in how events unfolded hundreds of years ago.

The Norman campaign will tell the story of Duke William of Normandy as he wrestles control of England from King Harold, starting at the Battle of Hastings, then later following his descendants Robert, William II, and Henry I as they continue to fight for what would become modern-day England. All the classic medieval units were shown in action in the campaign reveal, from knights on horseback engaging with pikemen across large fields of battle capped off with a great-looking castle siege.

There’s also a new stealth forest mechanic, which are unique patches of forest that units can hide within to set up ambushes. Sight into and within these forest areas is severely limited, which means armies could move right past each other and never see the other. You know your units are in stealth woods by the blue outline around them and their whispered responses.

Age of Empires II: Definitive Edition will get a Dawn of Dukes expansion this summer and will see the addition of co-op historical battles featuring handpicked campaign missions and historical battles to play with friends later this year. On the other hand, Age of Empires III: Definitive Edition will be getting a free update on April 13th with a new civilization, the United States. The game title also has another update planned for later this year featuring African civilization.