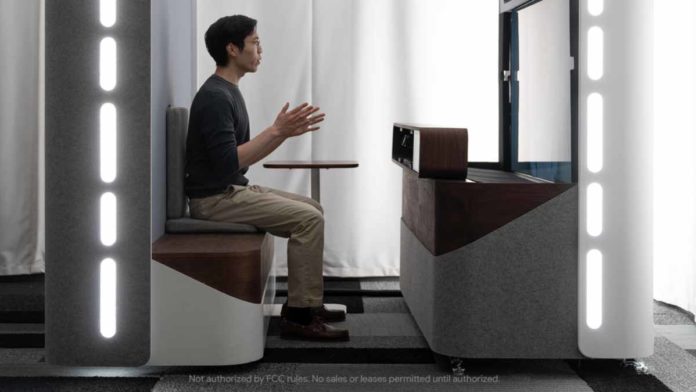 Google at the ongoing I/O conference on Tuesday revealed a new video conferencing technology that creates a 3D model of the person on the other side of the screen in real-time.

Dubbed as Project Starline, this technology project combines advances in hardware and software to enable friends, families, and co-workers to feel together, even when they are cities (or countries) apart.

“Imagine looking through a sort of magic window, and through that window, you see another person, life-size and in three dimensions.

The search giant has also developed a breakthrough light field display system that creates a sense of volume and depth that can be experienced without the need for additional glasses or headsets.

As a result, the effect is the feeling of sitting just across from you, like they are right there.

According to Bavor, the important highlight of the technology is that as soon as you down and start talking, the technology fades into the background allowing you to focus on the person in front of you.

Currently, Project Starline is available in just a few of Google’s offices where testing is still underway as it relies on “custom-built hardware and highly-specialised equipment”.

The company aims to make this technology more affordable and accessible, including bringing some of these technological advancements into Google’s suite of communication products.

Google has already spent thousands of hours testing Project Starline within the company by connecting colleagues between the Bay Area, New York, and Seattle.

It has also been conducting demos with select enterprise partners in areas like healthcare and media to get early feedback on the technology and its applications.

“We’re really excited about the progress we’re making with Project Starline, and the technology’s potential to solve the important problem of wanting to be together with someone even when you physically can’t.