In the world of battle-royal and fast-paced online FPS, Minecraft has carved its own niche. The sandbox construction video game has grown from strength to strength for almost a decade since its launch.

Apart from the Giza pyramids, not much else has stood the test of time. The same goes with Minecraft’s basic looking graphics. And the good news, that it can be modified with the help of texture/resource packs.

What are Texture Packs?

Texture packs are like mods that change the visual aspects of several blocks of the game. They include trees, building materials, items, animals, and virtually anything else we encounter in the game.

Since the Java Edition 1.6 1, the texture packs have been replaced with Resource packs. They provide more control and customization over the blocks. The list now includes music and standard text as well.

Hold on, Install This

You must install Optifine, which is a Minecraft optimization mod. In easier words, it acts as a bridge between the game and the texture pack. Helps in displaying the textures with minimal bugs.

The version required for different texture packs will vary, so read the requirements of the texture pack before installing. 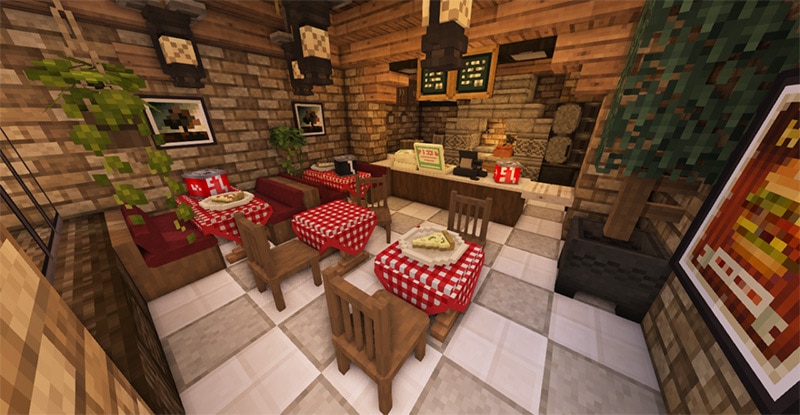 First up, we have a furniture-heavy resource pack. We get three different versions – Furniture, Garden and Summer.

Light up the house with the furniture with different types of wood. Build armoires, shelves, kitchen tops, and more. Beds, double bunks, clotheslines, and grand blocks have a certain retro charm.

The Garden exudes an outside vibe. Picnic blankets, baskets, chicken coop, and benches, you name it. Shrubbery and plants, along with gardening tools, have been included as well. 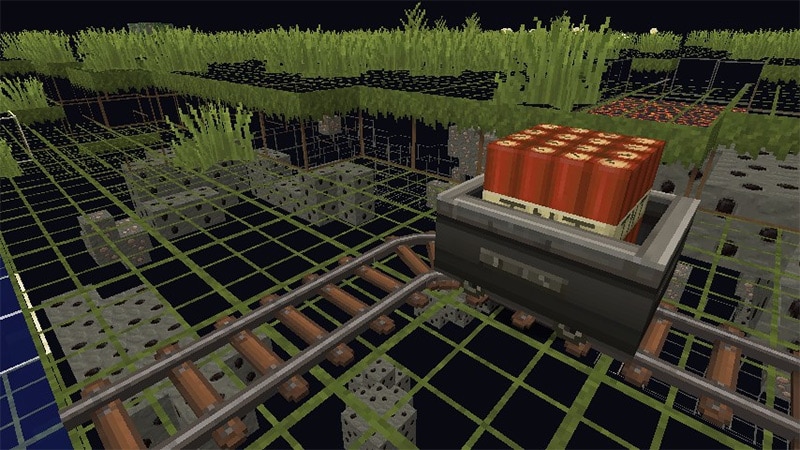 Xray is different from the rest of the Minecraft texture packs. It does not elevate the graphics but does something entirely different.

See through every block on the server, essentially seeing things in X-ray. There is no hiding from a player who is using this resource pack. Probably help you finding the dungeons without a sweat.

Blocks of buildings are pretty much transparent, except for their outer frames. Greenery is a little patchy but passes the test.

Go down the nether, and the vision will still l be transparent. Now bear in mind that some server’s anti-cheat is set off, and you can land in jail. 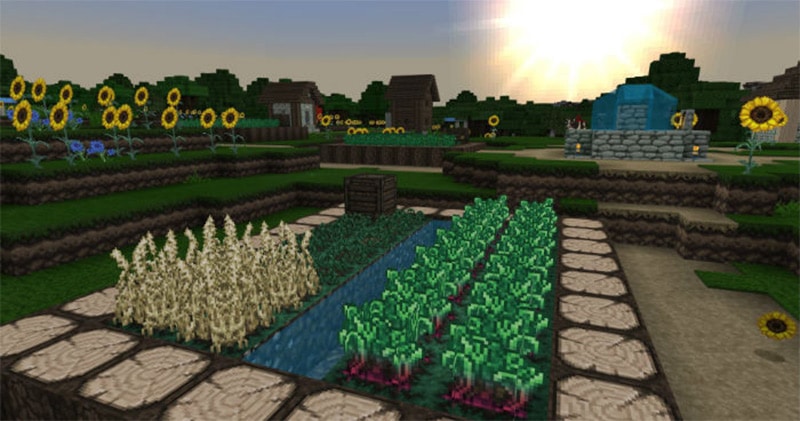 Get ready to relish the night sky, which looks eccentric with the zoomed stars and gigantic moon accompanying it.

As soon as you land on the server with the pack, there is a fireworks button. Press it to launch the fireworks, which look ravishing at night.

Swerving into the primary part, we have the creative inventory, containing several over the top tools and weapons. That’s not all, they have their sounds, which is uncommon in similar packs.

Watch out for the Ender Dragon, which has gotten an appearance upgrade. 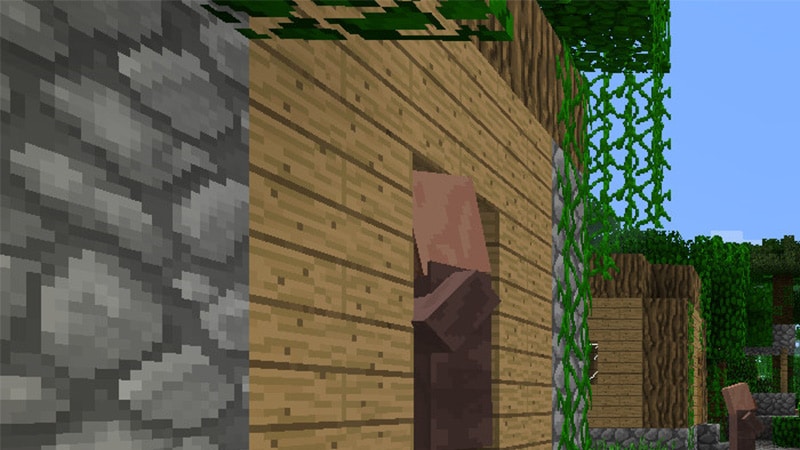 Improve the resolution of everything that you can find in Minecraft. The Faithful texture pack does not bring in new stuff. Instead of that, it works on the existing blocks and drastically improves their resolution.

The focus here is on bringing in higher resolutions, textures, and brighter colors to the existing models/blocks of the game.

To sum it up, every element and block of the game turns into high definition, or to an extent if we are modest. Instead of being the usual 16×16, the blocks are in 32×32 now. 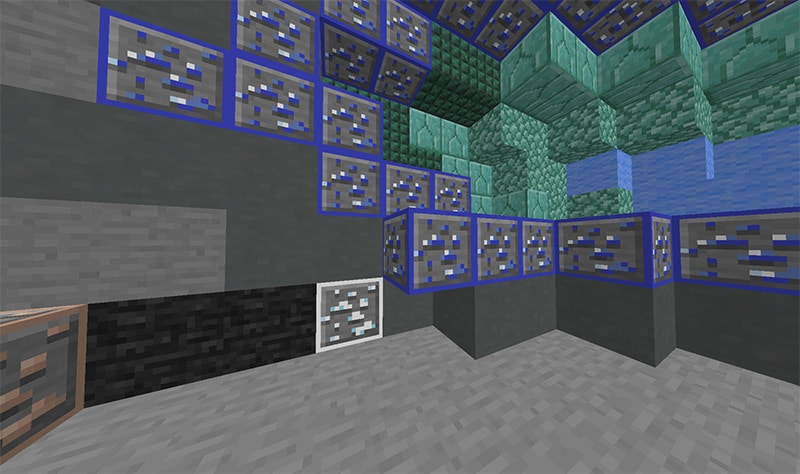 Wouldn’t it be great if you had several choices in a resource pack? Hypixel Skybblock has over 16 resource packs made on it, right from Vanilla+ to Chillblock. It is a mixture of several packs merged together.

You can find different permutations and combinations in various variants of the pack. Each character and model has a different color scheme. The core of the texture pack is based on the Acid Blitzz texture pack. 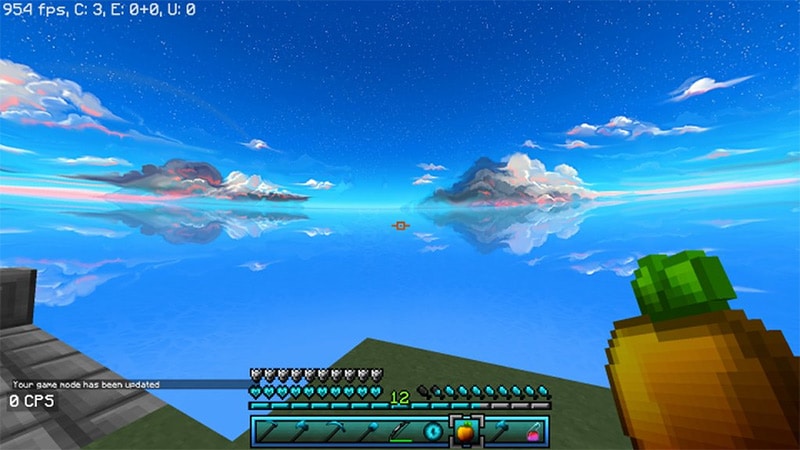 Moving on to combat mode, the PvP texture pack is an exciting category in resource packs. As the name suggests, you get to combat against real players on the server.

Talking about its famous SapixCraft pack, which provides a resolution in x512. The breathable and wavy animation of plants adds icing to the cake. 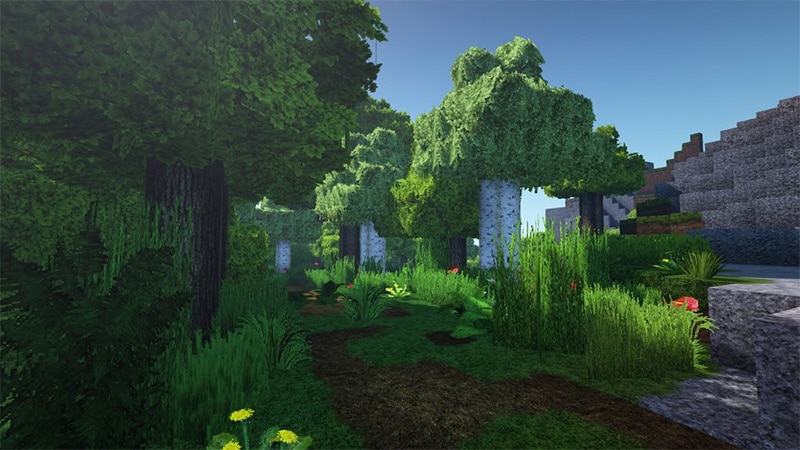 We are familiar with how CPU and GPU resource intensive Minecraft really is. Given is low quality, pixelated, it doesn’t sit well with many players.

Being a photorealistic pack leaves no stone unturned for making the textures amongst the most detailed ones available in any other mod. All things seem realistic, including the dirt, sand, or leaves, which are based on the real versions of it.

On the resolution front, we get 128×128 textures without demanding any significant power from the computer. 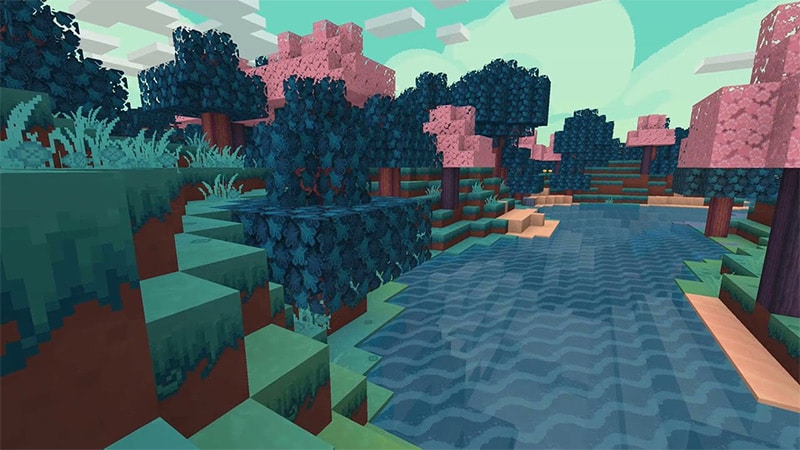 The Sun shines upon and the world looks vibrant in this pack. Explore the mysteries filled with a large color palette, cartoonish models.

Every wall, shrub, and entire biome gets a color overhaul. Using the wide colors spectrum, get ready to be enthralled by the new “paint job.”

Let us talk new entrants for a second. There are fewer in number as the focus of this resource pack has been on giving a new look to the existing blocks and elements. 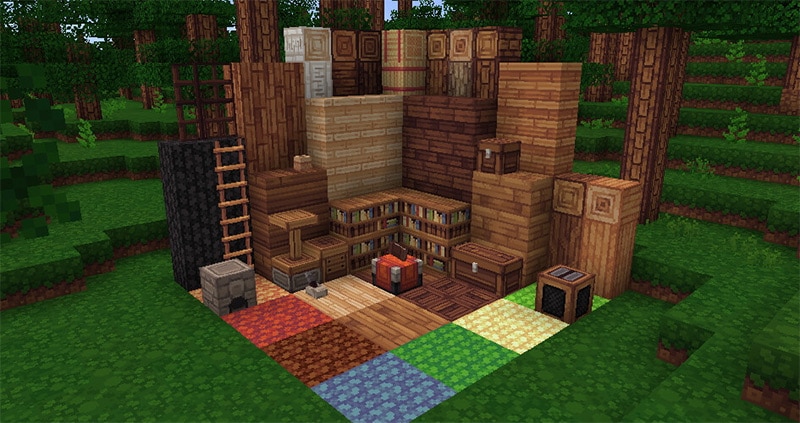 Crispy design, with exemplary work on the existing vanilla models. Adds a little bit of charm without going overboard with the changes.

The resolution is pegged at 16×16, in line with the native Minecart setup. Players are who are looking to experiment can take advantage of the customization feature.

Experiment with 3D textures, music, and different sounds, without touching the main code. You can add a wide variety of elements sourced from different places. 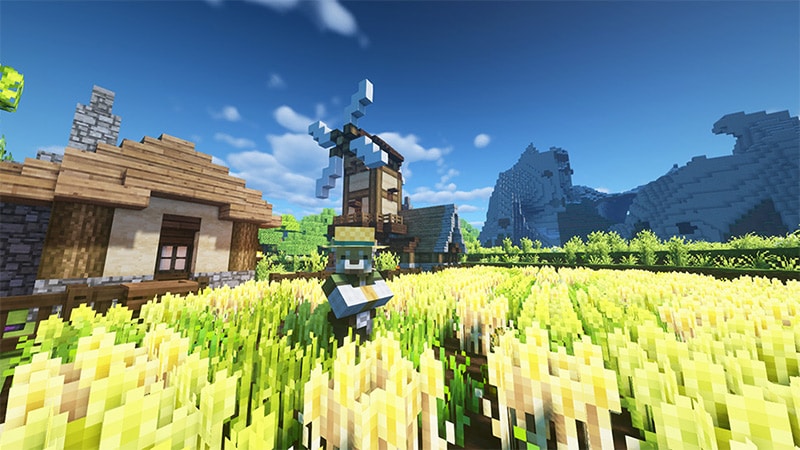 Mizuno’s 16 craft raise the visuals to the next level. On the welcome screen, you are greeted by enthralling textures.

This pack has managed to solve the problem of noise in textures, prevalent in many other texture packs. The textures have gotten sharper, with more definition.

Dark and bright have been balanced with a distinct emphasis on the structure. You will find more details in the otherwise homogenous blocks in the game.

Overall the structures have been gifted a tad bit of softness with a hefty dose of color uniformity. 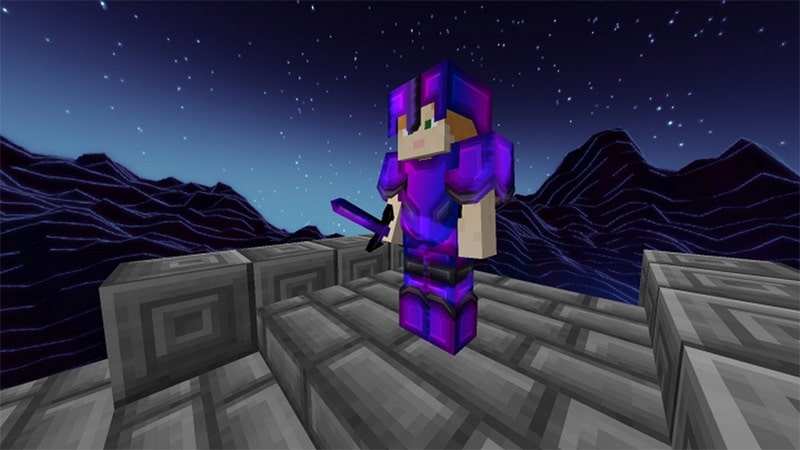 The packs belong to the PvP texture category; hence we get different combat modes under the moon. Don’t miss out on the aesthetically pleasing nights.

Dominated by violet, purple, and a flair of black, the textures exude a sense of calm and serenity in the world. Give the recolored bundles by different developers a try for getting the best out of it. 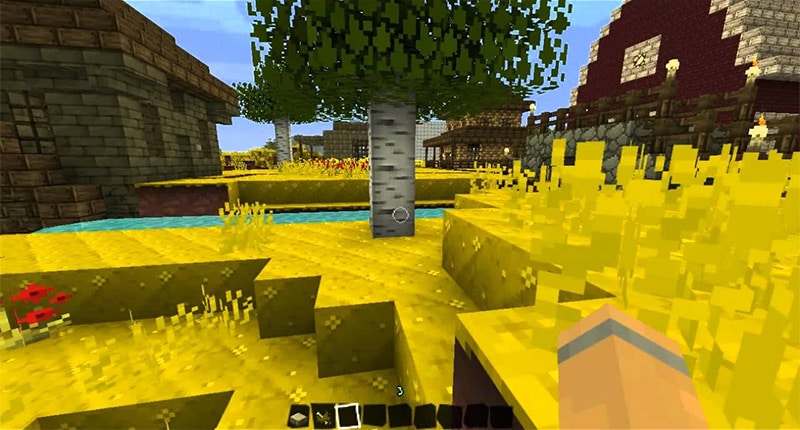 The text has always been a letdown in the majority of the textures pack. They are illegible and often in an uncanny color choice.

Jolicraft has brought a texture overhaul, relying heavily on the yellower side of the spectrum, mixed with other colors.

Often disregarded GUI has received much-needed attention. You can find the items and read its description with ease. 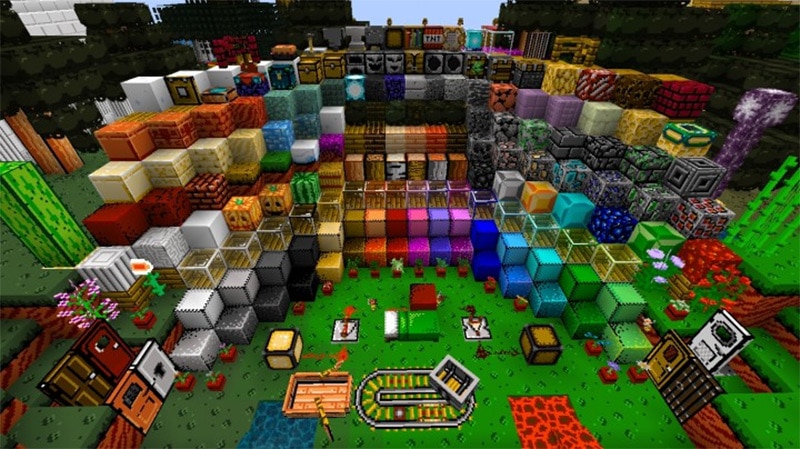 Hop on the time machine, and let us go to the Nostalgia-ville. You are greeted by a familiar NES music back from the days.

In line with the NES theme, all the textures are 16×16 resolution, giving an old look and feel. You will find characters from popular NES games on different walls in the form of graffiti.

Sadly the original artist stopped development, but it was picked up by volunteers who have taken the baton forward. Their recent 1.6 version with updated textures shows promise with room for better music integration. 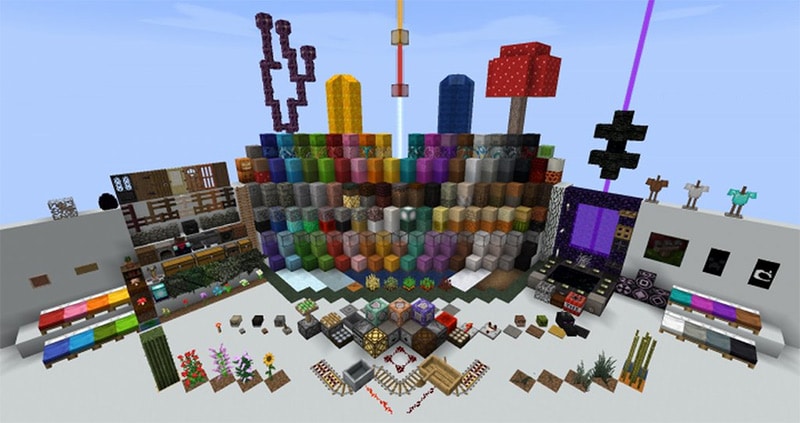 Double down on the details with toned changes for giving a realistic look to the textures. The highlight is the aurora borealis in the night sky, which is a treat to gaze upon.

Realism takes a step up with the different items. For instance, you can find honey dropping from the beehive onto the ground.

Minor tweaks here and there have ensured that the pack does not eat up your computer’s available resources. 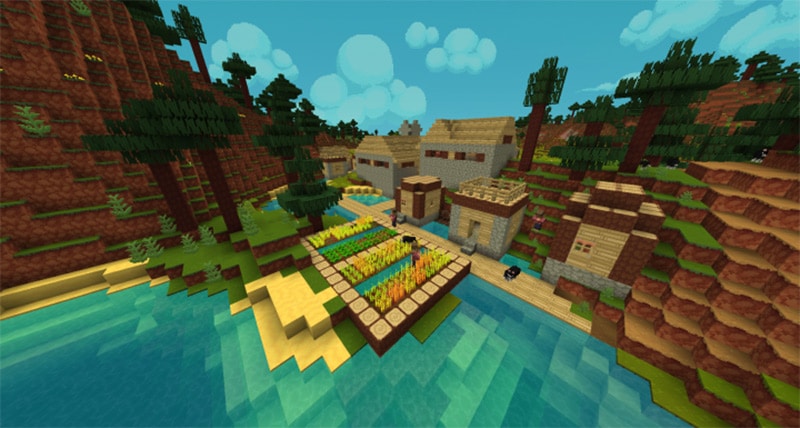 Now we go into a cute, cartoony land where everything feels nice. GoodVibes is all about feel-good textures.

Animals and plants are cuter with homogenized bright colors that are vibrant in nature. Compromising on the details, the cute quotient has been amped up in the pack.

Feel cozy and at home while playing with this texture pack. An interesting drawing style made from scratch will make you come back every time.

I leave some of the best Minecraft texture packs with you. Don’t forget to install Optifine and other necessary optimization tools as required by the respective texture packs.

All of the packs mentioned in the post are free and do not cost a dime. Stay away from vendors, sites that ask you to pay for them.