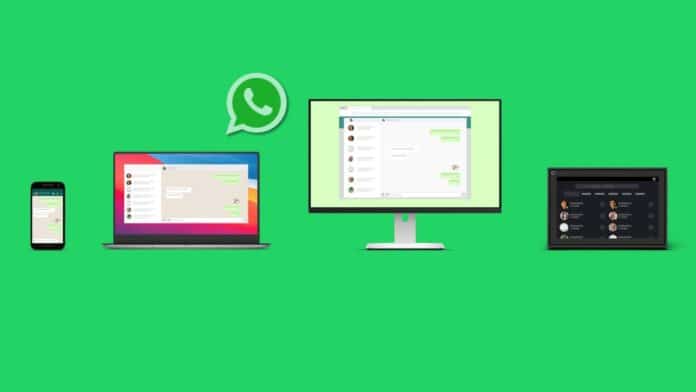 Last month, WhatsApp CEO Will Cathcart and Facebook CEO Mark Zuckerberg had officially confirmed that they are testing a multi-device support feature on the popular messaging service.

Back then, talking about the multi-device support Zuckerberg had said, “It’s been a big technical challenge to get all your messages and content to sync properly across devices even when your phone battery dies, but we’ve solved this and we’re looking forward to getting it out soon!”

According to the company, the updated multi-device capability will allow you to use WhatsApp on your phone and up to four other non-phone devices simultaneously without the need to keep your phone connected.

“Each companion device will connect to your WhatsApp independently while maintaining the same level of privacy and security through end-to-end encryption that people who use WhatsApp have come to expect,” the Facebook Engineering team wrote in a blog post on Wednesday.

“Importantly, we have developed new technologies to maintain end-to-end encryption while still managing to sync your data — such as contact names, chat archives, starred messages, and more — across devices.”

In order to bring multi-device support, the company had to “rethink WhatsApp’s architecture and design” new systems to enable a standalone multi-device experience while preserving privacy and end-to-end encryption, reads the post.

Very excited to be launching a beta of our new multi-device capability for @WhatsApp. Now you can use our desktop or web experiences even when your phone isn't active and connected to the internet. All secured with end-to-end encryption.

The current WhatsApp experience for companion devices on the web, macOS, Windows, and Portal uses a smartphone app as the primary device, making the phone the source of truth for all user data and the only device capable of end-to-end encrypting messages for another user, initiating calls, etc.

Companion devices such as your desktop or laptop maintain a persistent secure connection with the phone and simply mirror its contents on their own UI.

With the new WhatsApp multi-device architecture, you no longer require a smartphone to be the source of truth and still keep your data seamlessly and securely synchronized and private.

Further, with multi-device support, each device now has its own identity key, which is a change from the existing system where a user is identified by a single identity key from which all encrypted communication keys were derived.

“The WhatsApp server maintains a mapping between each person’s account and all their device identities. When someone wants to send a message, they get their device list keys from the server,” Facebook wrote.

For this, WhatsApp says it is using a client-fanout approach, where “the WhatsApp client sending the message encrypts and transmits it N number of times to N number of different devices — those in the sender and receiver’s device lists.”

The message is “individually encrypted using the established pairwise encryption session with each device.” Also, messages are not stored on the server after they are delivered. For groups, Facebook still uses the same scalable Sender Key encryption scheme from the Signal Protocol.

Additionally, all calls and videos calls, including group ones will remain end-to-end encrypted.

Facebook says they have also addressed the challenge of preventing a malicious or compromised server from eavesdropping on someone’s communications by surreptitiously adding devices to someone’s account.

Firstly, the company has “extended security codes to now represent the combination of all of someone’s device identities” so that anyone and their contact can always verify all the devices they are sending messages to.

Secondly, WhatsApp has also developed a new technology called Automatic Device Verification to reduce the number of times that someone needs to perform identity verifications.

This system allows for devices to automatically establish trust between each other in a way that someone needs to compare another user’s security code only if that user reregisters their entire account, rather than each time they link a new device to their account.

Lastly, the company has given users additional control and protections over which devices are linked to their accounts. For this, everyone will be required to link new companion devices by scanning a QR code from their phone.

“This process now requires biometric authentication before linking where people have enabled this feature on compatible devices,” it added.

Finally, people will be able to see all the companion devices linked to their account as well as when they were last used and will be able to log out of them remotely if needed.

The company has not made any announcement when the multi-device support feature will be rolled out to the public. “We will continue optimizing performance and adding a few additional features before slowly rolling it out more broadly,” the post concluded.