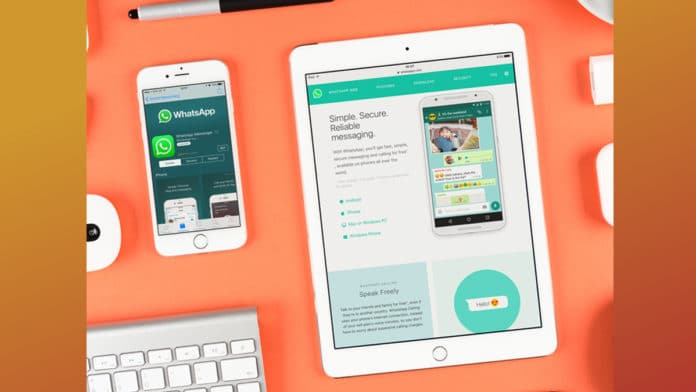 WhatsApp has reportedly started working again on the 2.0 version of multi-device support, which will allow users to use iPad as a new linked device, according to notable WhatsApp updates tracker WABetaInfo.

“WhatsApp is finally working on multi-device 2.0, and you can use iPad as a newly paired device. Android tablets are also planned to support multi-device on WhatsApp for Android!,” WABetaInfo reported on Twitter. “It’s under development and it will be released in a future update. Follow me to discover more.”

NEWS: WhatsApp is finally working on multi-device 2.0, and you can use iPad as new linked device ??
Android tablets are also planned to support multi-device on WhatsApp for Android!

It's under development and it will be released in a future update. Follow me to discover more ? pic.twitter.com/rND4xQfBDj

Last month, the Facebook-owned messaging platform had announced the roll-out of multi-device support capability to beta testers of WhatsApp with support to up to four non-phone devices and one smartphone.

“With this new capability, you can now use WhatsApp on your phone and up to four other non-phone devices simultaneously even if your phone battery is dead,” Facebook had explained in a post.

“Each companion device will connect to your WhatsApp independently while maintaining the same level of privacy and security through end-to-end encryption that people who use WhatsApp have come to expect. Importantly, we have developed new technologies to maintain end-to-end encryption while still managing to sync your data such as contact names, chat archives, starred messages, and more across devices,” it added.

According to WABetaInfo, there will be a native app for iPad which will work independently from your iPhone. Those who are testing WhatsApp Beta for iOS will automatically have the iPad version in a future update. The company is also planning to add support for multi-devices features on Android Tablets too.

In an interview with TechRadar, a WhatsApp spokesperson said that this feature will allow people to use WhatsApp “without the need to have your phone connected.”

“Multi-device means that users will have the same functionality that is available on the current public versions of WhatsApp Web, Desktop, and Portal, just without the need to have your phone connected. Our multi-device capability immediately makes the experience better for people who use Desktop/Web and Portal. And it also will make it possible to add support for more kinds of devices over time.”