Mr. Goxx, the world’s first crypto asset trading hamster, is outperforming human investors, Bitcoin, Warren Buffet, and the S&P 500 since June 2021, from the inside of a most technologically advanced cage!

According to the Twitter account for the hamster, the trading which involves real money has seen the hamster’s portfolio go up by almost 20 percent in the last four months. He holds some of the major cryptos such as Tron, Cardano’s ADA, Ripple’s XRP, and ether.

On any given day, Mr. Goxx enters its “Goxx Box” – a separate trading office that is attached to his regular cage – and starts a livestream on his Twitch account to let his followers know that he has started a trading session. 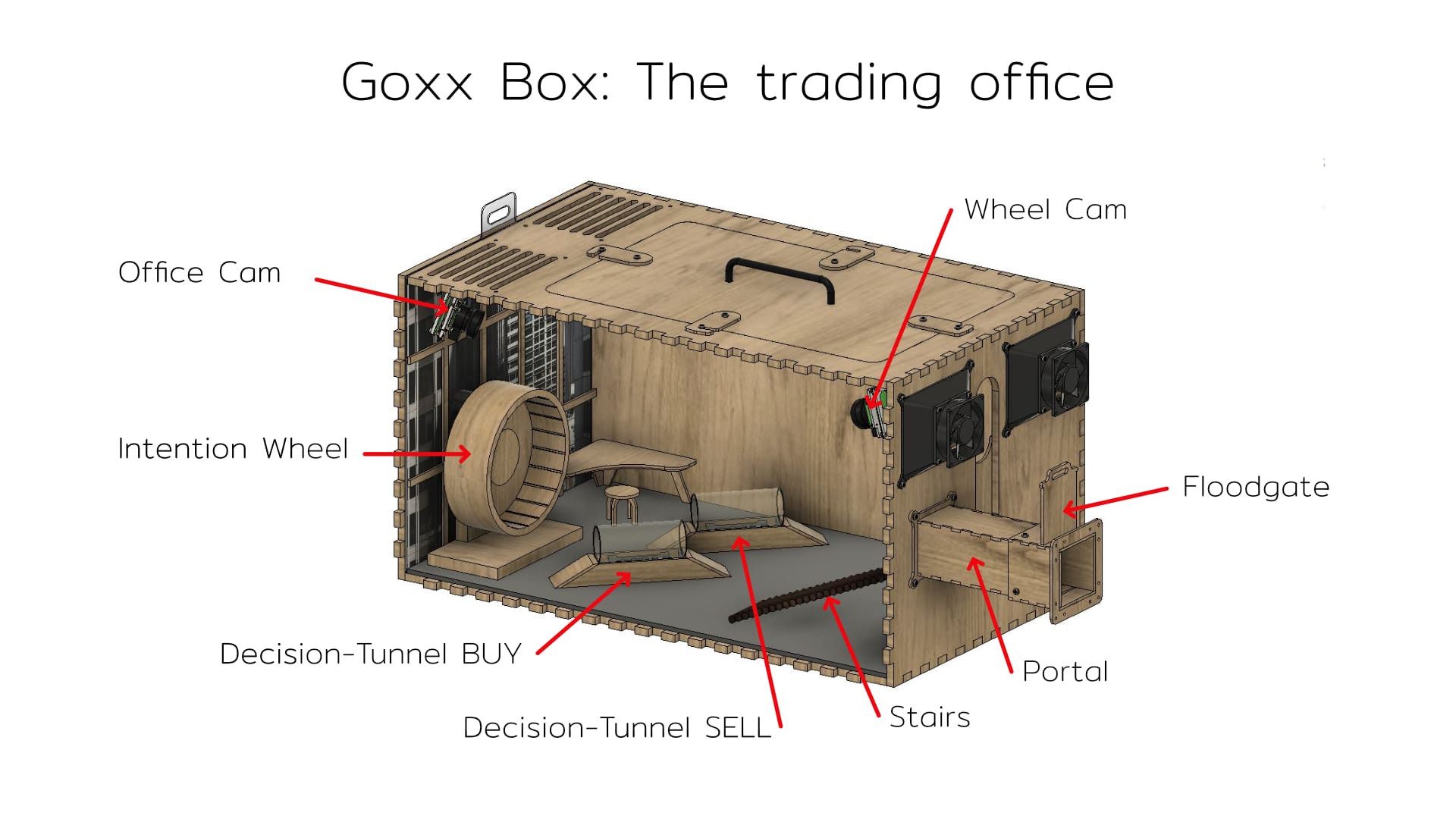 Then, Mr. Goxx runs on the “intention wheel” that is connected to about 30 different cryptocurrencies to trade. Once the crypto is chosen, the hamster enters one of the “two decision tunnels” named BUY and SELL that determines whether to buy or sell a chosen cryptocurrency.

Each time the hamster buys or sells one of around 30 cryptocurrencies, a post is pinged to his Reddit and Twitter pages notifying of the same along with daily performance.

According to a report from Protos, Mr. Goxx’s portfolio started out with a $390 USD investment on June 12, 2021. Each trade that the hamster makes is set to an automatic €20 EUR increment, revealed Mr. Goxx’s unidentified caretaker and human business partner.

“Currently the buy amounts are hard-coded to €20 ($24). Mr. Goxx is able to buy increments by passing the tunnel multiple times without entering the wheel and there is a 20-second cool down time after triggering,” the owner told Protos.

“There are plans to give Mr. Goxx more control and let him intentionally pick his buy amount if the interest in his channel keeps growing.”

The owner of the hamster is keen to stress with every tweet that Mr. Goxx is for entertainment purposes and should not be taken seriously for financial advice.

Mr. Goxx has concluded his office hours for tonight with 1 order(s) placed.

DISCLAIMER
This content is for entertainment purposes only. Investments shown here are not financial advice.

“Since my hamster took on his business, I got everyone around me asking for more information about this whole crypto thing,” Mr. Goxx’s owner told BBC News, “mainly people that will normally run away if they’d hear the word ‘blockchain’.”

Earlier this month, Mr. Goxx’s portfolio achieved an all-time high at $580 USD in mid-September, when its performance increased by nearly 50% in less than three months, before it came down following the crypto crackdown in China.