Apple on Monday announced two next generation chips for its Mac computers, M1 Pro and M1 Max during its “Unleashed” event in Cupertino, California.

According to Apple, M1 Pro and M1 Max are the most powerful chips that the company has ever built, delivering unprecedented performance and power efficiency.

Let’s have a look at the specifications of M1 Pro and M1 Max: 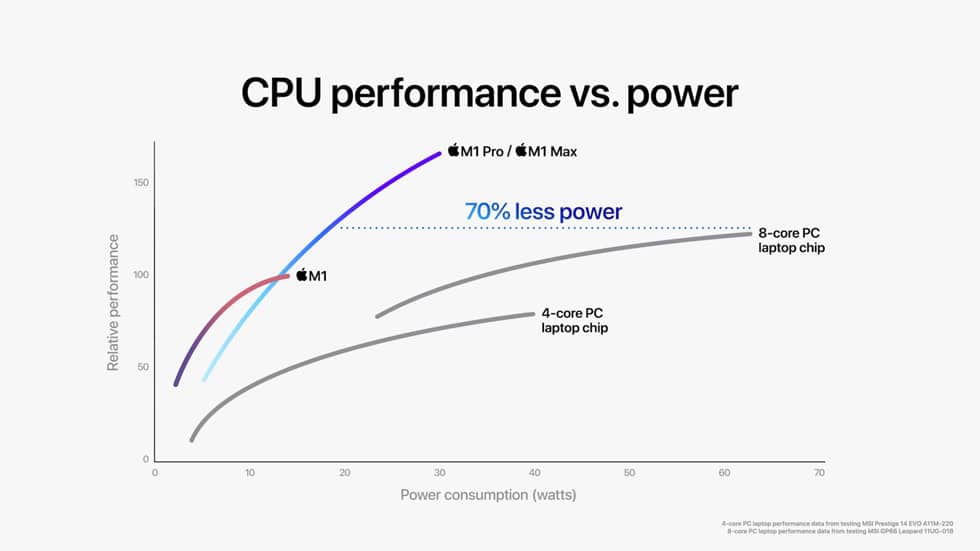 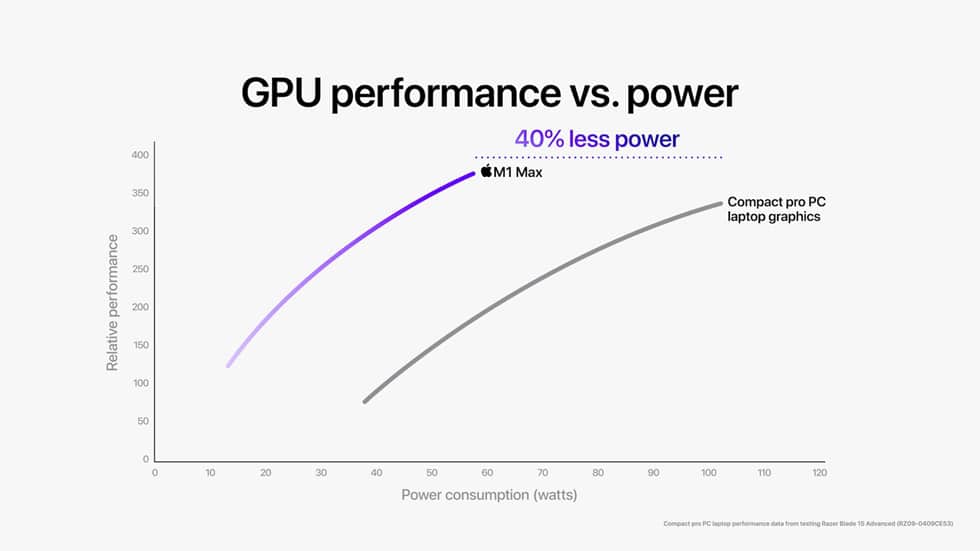 M1 Pro has an up-to-16-core GPU that is up to 2x faster than M1 and up to 7x faster than the integrated graphics on the latest 8-core PC laptop chip. Compared to a powerful discrete GPU for PC notebooks, M1 Pro delivers more performance while using up to 70 percent less power

On the other hand, M1 Max adds a massive 32-core GPU for up to 4x faster graphics performance than M1.

The 32-core GPU delivers performance comparable to a high-end GPU in a compact pro PC laptop while consuming up to 40 percent less power, and performance similar to that of the highest-end GPU in the largest PC laptops while using up to 100 watts less power.

For the first time, Apple has introduced a system-on-a-chip (SoC) architecture through M1 Pro and M1 Max to pro systems.

On the other hand, M1 Max delivers up to 2x faster video encoding than M1 Pro, and features two ProRes accelerators.

With M1 Max, the new MacBook Pro can transcode ProRes video in Compressor up to a remarkable 10x faster compared with the previous-generation 16-inch MacBook Pro.

Both M1 Pro and M1 comes with a 16-core Neural Engine that helps enhance machine learning capabilities on the new MacBook Pro models.

“M1 has transformed our most popular systems with incredible performance, custom technologies, and industry-leading power efficiency. No one has ever applied a system-on-a-chip design to a pro system until today with M1 Pro and M1 Max,” said Johny Srouji, Apple’s Senior Vice President of Hardware Technologies.

“With massive gains in CPU and GPU performance, up to six times the memory bandwidth, a new media engine with ProRes accelerators, and other advanced technologies, M1 Pro and M1 Max take Apple silicon even further, and are unlike anything else in a pro notebook.”

Apple said that Mac is now one year into its two-year transition to Apple silicon, and M1 Pro and M1 Max represent another “huge step forward”.