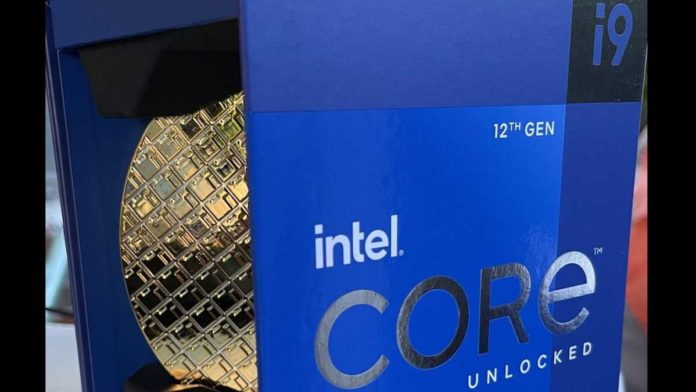 Intel is expected to officially announce the 12th Gen Alder Lake CPUs including the Core i9-12900K flagship at the ‘Intel Innovation’ event on October 28th. Shipping for the processors is expected to start on November 4th.

However, ahead of its official launch, a Redditor with the username Seby9123 has managed to purchase not one but two Intel Core i9-12900K processors for $610 each from an unnamed retailer

The Reddit user has published several pictures of the unreleased Core i9-12900K processor in its retail packaging. It shows the chip itself in a golden CPU wafer mock-up, which cushioned by Styrofoam but has no details about the processor’s frequency or core count.

Nevertheless, the Intel Core i9-12900K is more or less useless because Z690 motherboards are required to run the processor. Since these aren’t available yet, the Reddit user couldn’t run any benchmarks or share any other information about the CPU.

As far as specs of Core i9-12900K is concerned, it is an LGA 1700 processor that utilizes Intel’s hybrid architecture and operates with 16 cores (8 performance + 8 efficient) and 24 CPU threads.

It has a 3.2GHz operating frequency and a turbo speed of 5.2GHz while the TDP is set at 125W. This version includes 30MB of L3 cache on one chip, support for DDR4 and DDR5 memory, Wi-Fi 6E, Thunderbolt 4, and PCIe Gen 5.

Keep watching this space, as this is a developing story!